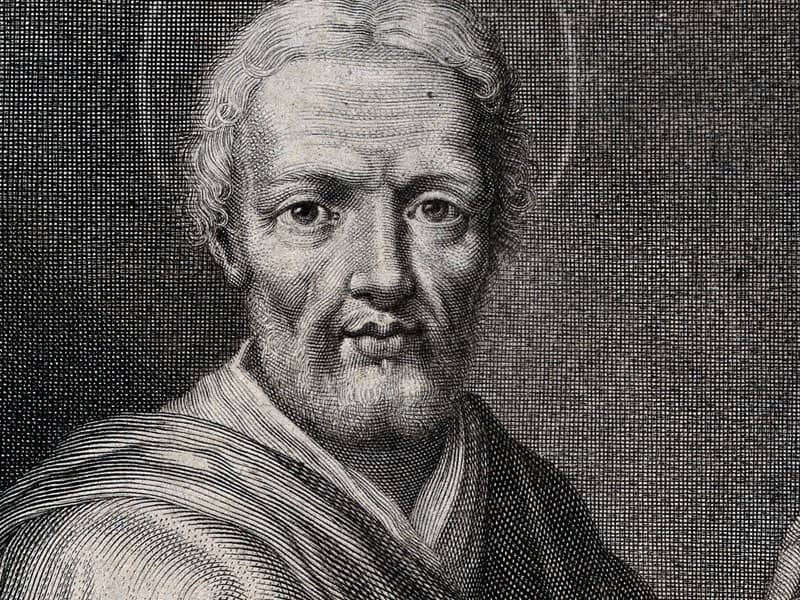 Anyone who is praised in the letters of six or seven saints undoubtedly must be of extraordinary character. Such a person was Paulinus of Nola, correspondent and friend of Augustine, Jerome, Melania, Martin, Gregory and Ambrose.

Born near Bordeaux, he was the son of the Roman prefect of Gaul, who had extensive property in both Gaul and Italy. Paulinus became a distinguished lawyer, holding several public offices in the Empire. With his Spanish wife, Therasia, he retired at an early age to a life of cultured leisure.

The two were baptized by the saintly bishop of Bordeaux and moved to Therasia’s estate in Spain. After many childless years, they had a son who died a week after birth. This occasioned their beginning a life of great austerity and charity, giving away most of their Spanish property. Possibly as a result of this great example, Paulinus was rather unexpectedly ordained a priest at Christmas by the bishop of Barcelona.

He and his wife then moved to Nola, near Naples. He had a great love for St. Felix of Nola, and spent much effort in promoting devotion to this saint. Paulinus gave away most of his remaining property (to the consternation of his relatives) and continued his work for the poor. Supporting a host of debtors, tramps and other needy people, he lived a monastic life in another part of his home. By popular demand he was made bishop of Nola and guided that diocese for 21 years.

His last years were saddened by the invasion of the Huns. Among his few writings is the earliest extant Christian wedding song.