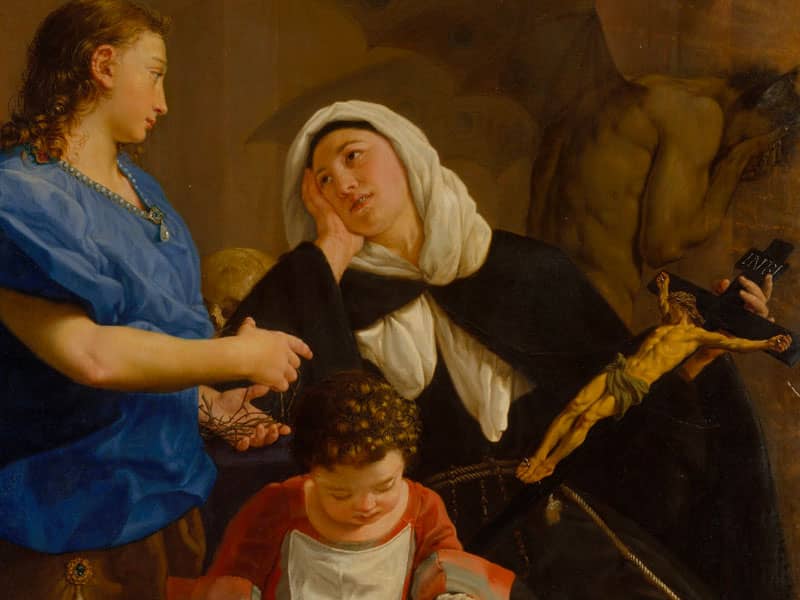 Margaret was born of farming parents in Laviano, Tuscany. Her mother died when Margaret was seven; life with her stepmother was so difficult that Margaret moved out. For nine years she lived with Arsenio, though they were not married, and she bore him a son. In those years, she had doubts about her situation. Somewhat like St. Augustine she prayed for purity—but not just yet.

One day she was waiting for Arsenio and was instead met by his dog. The animal led Margaret into the forest where she found Arsenio murdered. This crime shocked Margaret into a life of penance. She and her son returned to Laviano, where she was not well received by her stepmother. They then went to Cortona, where her son eventually became a friar.

In 1277, three years after her conversion, Margaret became a Franciscan tertiary. Under the direction of her confessor, who sometimes had to order her to moderate her self-denial, she pursued a life of prayer and penance at Cortona. There she established a hospital and founded a congregation of tertiary sisters. The poor and humble Margaret was, like Francis, devoted to the Eucharist and to the passion of Jesus. These devotions fueled her great charity and drew sinners to her for advice and inspiration. She was canonized in 1728.