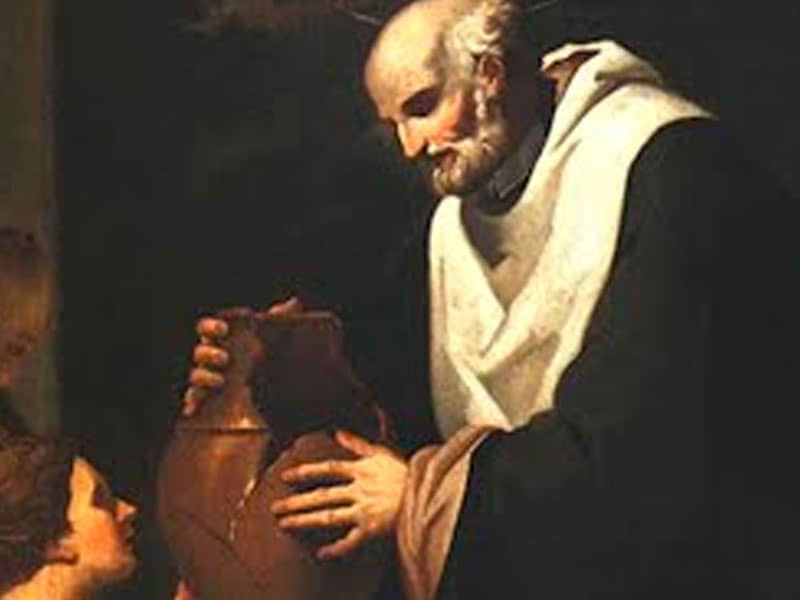 John was a country lad who made good in the big city and the big university of Kraków, Poland. After brilliant studies he was ordained a priest and became a professor of theology. The inevitable opposition which saints encounter led to his being ousted by rivals and sent to be a parish priest at Olkusz. An extremely humble man, he did his best, but his best was not to the liking of his parishioners. Besides, he was afraid of the responsibilities of his position. But in the end he won his people’s hearts. After some time he returned to Kraków and taught Scripture for the remainder of his life.

He was a serious man, and humble, but known to all the poor of Kraków for his kindness. His goods and his money were always at their disposal, and time and again they took advantage of him. He kept only the money and clothes absolutely needed to support himself. He slept little, and then on the floor, ate sparingly, and took no meat. He made a pilgrimage to Jerusalem, hoping to be martyred by the Turks. He made four pilgrimages to Rome, carrying his luggage on his back. When he was warned to look after his health, he was quick to point out that, for all their austerity, the fathers of the desert lived remarkably long lives.