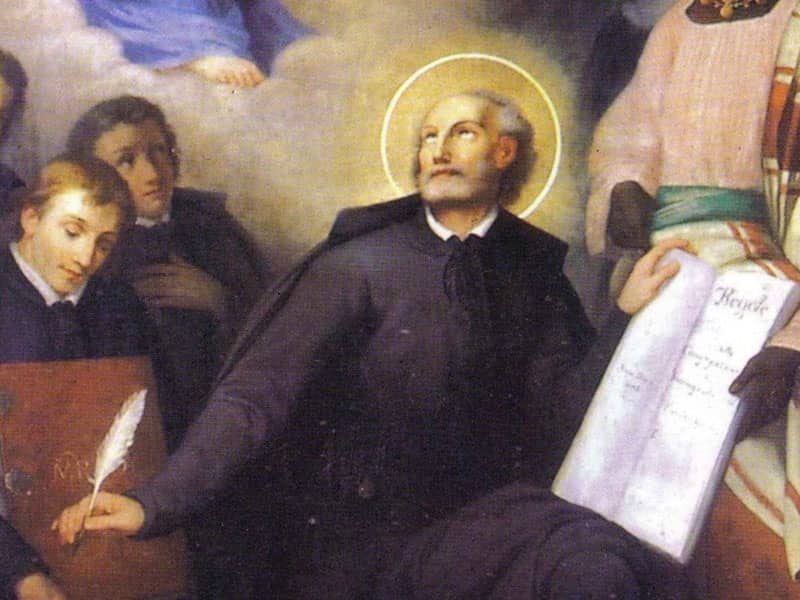 "I am only one person! Why should I do anything? What good would it do?" Today, as in any age, people seem plagued with the dilemma of getting involved. In his own way John Leonardi answered these questions. He chose to become a priest.

After his ordination, he became very active in the works of the ministry, especially in hospitals and prisons. The example and dedication of his work attracted several young laymen who began to assist him. They later became priests themselves.

John lived in a time of reform after the Reformation and the Council of Trent. He and his followers projected a new congregation of diocesan priests. For some reason the plan, which was ultimately approved, provoked great political opposition and he was an exile from his home town of Lucca, Italy, for almost the entire remainder of his life. He received encouragement and help from St. Philip Neri [whose feast is May 26], who gave him his quarters—along with the care of his cat!

In 1579 he formed the Confraternity of Christian Doctrine, and published a compendium of Christian doctrine that remained in use until the 19th century.

Father Leonardi and his priests became a great power for good in Italy, and their congregation was confirmed by Pope Clement in 1595. He died at the age of 68 from a disease caught when tending those stricken by the plague.

By the deliberate policy of the founder, the Clerks Regular of the Mother of God have never had more than 15 churches and today form only a very small congregation.