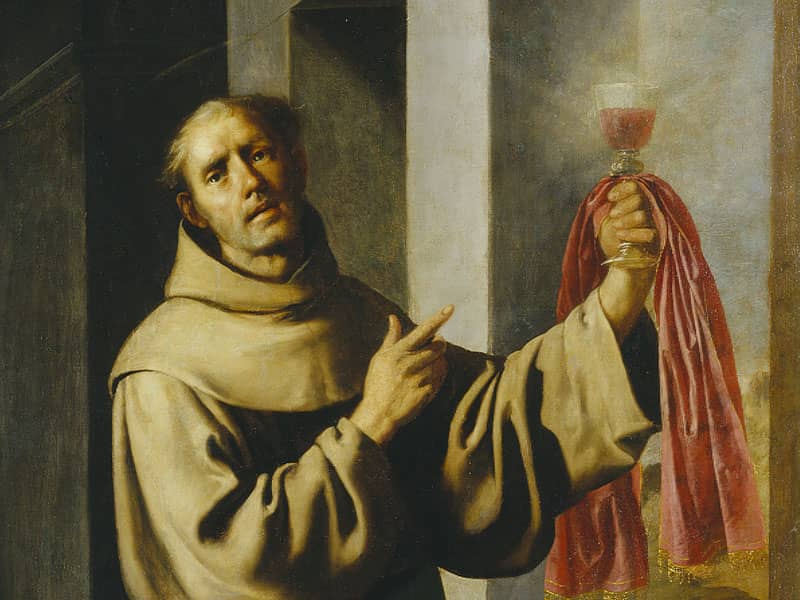 Meet one of the fathers of the modern pawnshop!

James was born in the Marche of Ancona, in central Italy along the Adriatic Sea. After earning doctorates in canon and civil law at the University of Perugia, he joined the Friars Minor and began a very austere life. He fasted nine months of the year; he slept three hours a night. St. Bernardine of Siena told him to moderate his penances.

James studied theology with St. John of Capistrano. Ordained in 1420, James began a preaching career that took him all over Italy and through 13 Central and Eastern European countries. This extremely popular preacher converted many people (250,000 at one estimate) and helped spread devotion to the Holy Name of Jesus. His sermons prompted numerous Catholics to reform their lives and many men joined the Franciscans under his influence.

With John of Capistrano, Albert of Sarteano and Bernardine of Siena, James is considered one of the "four pillars" of the Observant movement among the Franciscans. These friars became known especially for their preaching.

Not everyone was happy with the work James did. Twice assassins lost their nerve when they came face to face with him. James was canonized in 1726.