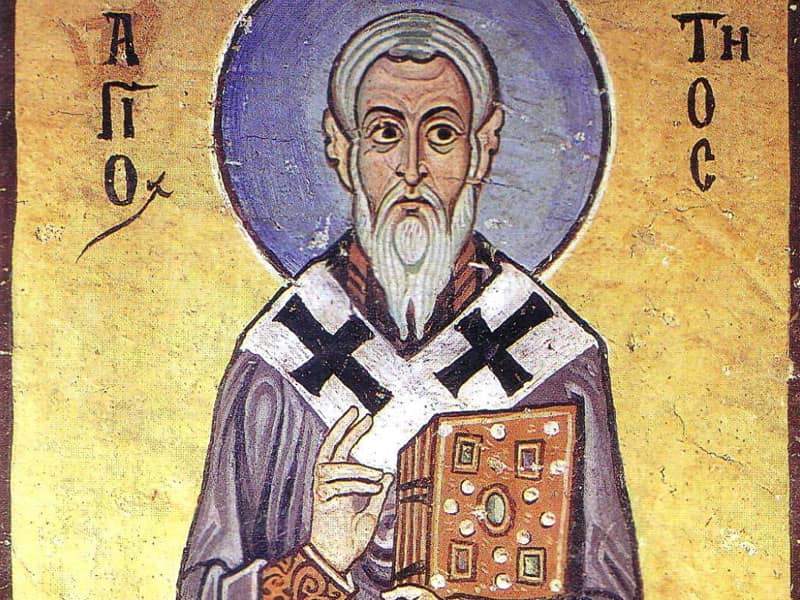 Born in Syria, Ignatius converted to Christianity and eventually became bishop of Antioch. In the year 107, Emperor Trajan visited Antioch and forced the Christians there to choose between death and apostasy. Ignatius would not deny Christ and thus was condemned to be put to death in Rome.

Ignatius is well known for the seven letters he wrote on the long journey from Antioch to Rome. Five of these letters are to Churches in Asia Minor; they urge the Christians there to remain faithful to God and to obey their superiors. He warns them against heretical doctrines, providing them with the solid truths of the Christian faith.

The sixth letter was to Polycarp, bishop of Smyrna, who was later martyred for the faith. The final letter begs the Christians in Rome not to try to stop his martyrdom. "The only thing I ask of you is to allow me to offer the libation of my blood to God. I am the wheat of the Lord; may I be ground by the teeth of the beasts to become the immaculate bread of Christ."

Ignatius bravely met the lions in the Circus Maximus.