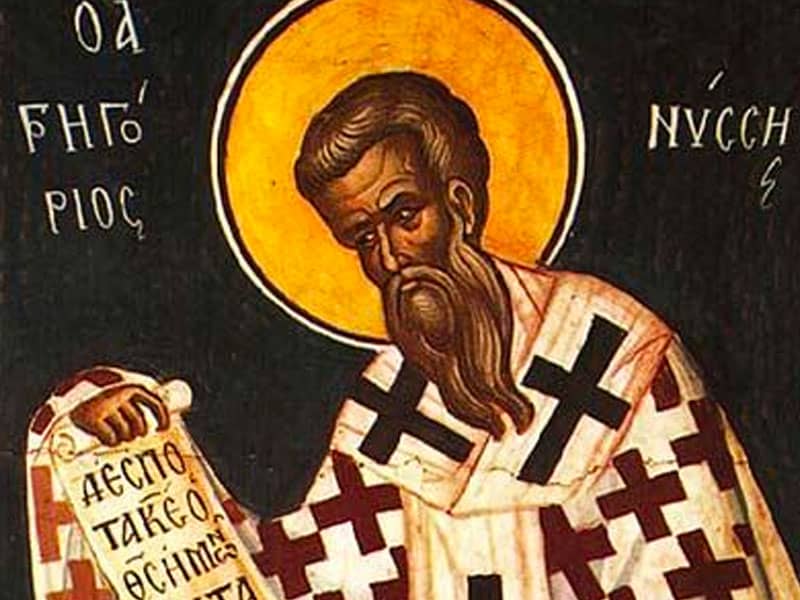 The son of two saints, Basil and Emmilia, young Gregory was raised by his older brother, St. Basil the Great, and his sister, Macrina, in modern-day Turkey. Gregory's success in his studies suggested great things were ahead for him. After becoming a professor of rhetoric, he was persuaded to devote his learning and efforts to the Church. By then married, Gregory went on to study for the priesthood and become ordained (this at a time when celibacy was not a matter of law for priests).

He was elected Bishop of Nyssa (in Lower Armenia) in 372, a period of great tension over the Arian heresy, which denied the divinity of Christ. Briefly arrested after being falsely accused of embezzling Church funds, Gregory was restored to his see in 378, an act met with great joy by his people.

It was after the death of his beloved brother, Basil, that Gregory really came into his own. He wrote with great effectiveness against Arianism and other questionable doctrines, gaining a reputation as a defender of orthodoxy. He was sent on missions to counter other heresies and held a position of prominence at the Council of Constantinople. His fine reputation stayed with him for the remainder of his life, but over the centuries it gradually declined as the authorship of his writings became less and less certain. But, thanks to the work of scholars in the 20th century, his stature is once again appreciated. Indeed, St. Gregory of Nyssa is seen not simply as a pillar of orthodoxy but as one of the great contributors to the mystical tradition in Christian spirituality and to monasticism itself.