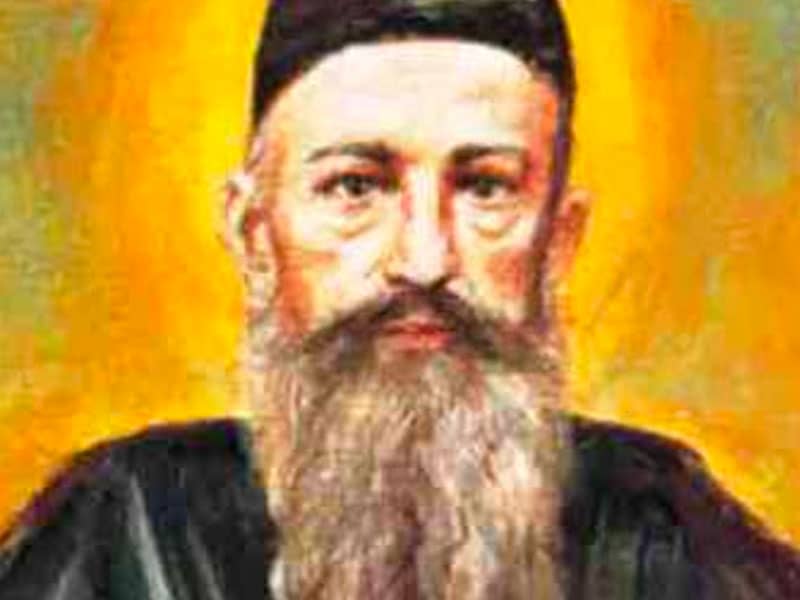 Christian missionaries have often gotten caught in the crossfire of wars against their own countries. When the governments of Britain, Germany, Russia and France forced substantial territorial concessions from the Chinese in 1898, anti-foreign sentiment grew very strong among many Chinese people.

Gregory Grassi was born in Italy in 1833, ordained in 1856 and sent to China five years later. Gregory was later ordained Bishop of North Shanxi. With 14 other European missionaries and 14 Chinese religious, he was martyred during the short but bloody Boxer Uprising of 1900.

Twenty-six of these martyrs were arrested on the orders of Yu Hsien, the governor of Shanxi province. They were hacked to death on July 9, 1900. Five of them were Friars Minor; seven were Franciscan Missionaries of Mary — the first martyrs of their congregation. Seven were Chinese seminarians and Secular Franciscans; four martyrs were Chinese laymen and Secular Franciscans. The other three Chinese laymen killed in Shanxi simply worked for the Franciscans and were rounded up with all the others. Three Italian Franciscans were martyred that same week in the province of Hunan. All these martyrs were beatified in 1946.