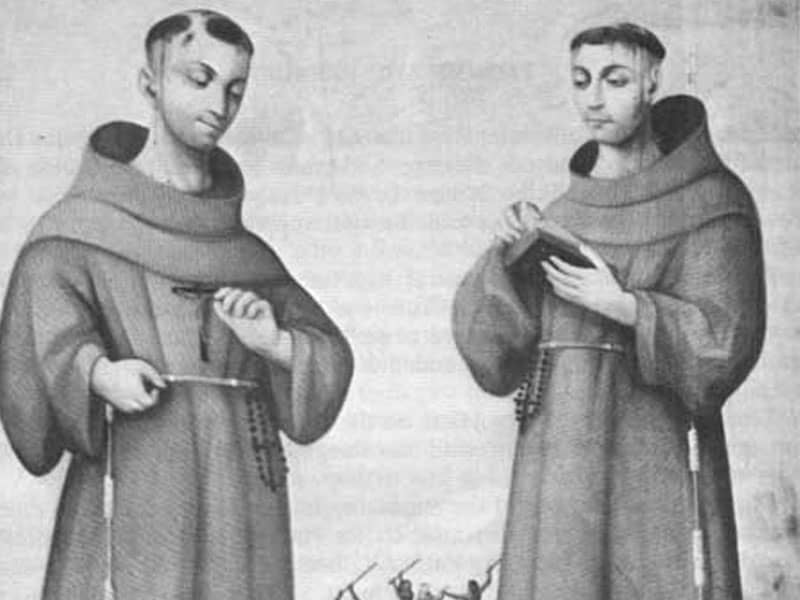 Government interference in the missions and landgrabbing sparked the Indian uprising which cost these friars their lives.

A contemporary of the American Revolution and of Blessed Junipero Serra, Francisco Garcés was born in 1738 in Spain, where he joined the Franciscans. After ordination in 1763, he was sent to Mexico. Five years later he was assigned to San Xavier del Bac near Tucson, one of several missions the Jesuits had founded in Arizona and New Mexico before being expelled in 1767 from all territories controlled by the Catholic king of Spain. In Arizona, Francisco worked among the Papago, Yuma, Pima and Apache Native Americans. His missionary travels took him to the Grand Canyon and to California.

Friar Francisco Palou, a contemporary, writes that Father Garcés was greatly loved by the indigenous peoples, among whom he lived unharmed for a long time. They regularly gave him food and referred to him as "Viva Jesus," which was the greeting he taught them to use.

For the sake of their indigenous converts, the Spanish missionaries wanted to organize settlements away from the Spanish soldiers and colonists. But the commandant in Mexico insisted that two new missions on the Colorado River, Misión San Pedro y San Pablo and Misión La Purísima Concepción, be mixed settlements.