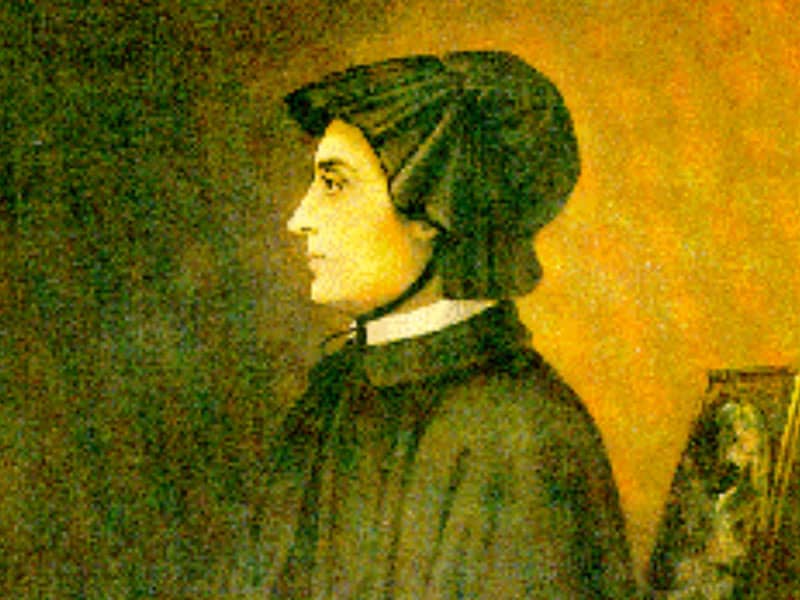 Elizabeth Ann Bayley Seton is a true daughter of the American Revolution, born August 28, 1774, just two years before the Declaration of Independence. By birth and marriage, she was linked to the first families of New York and enjoyed the fruits of high society. Reared a staunch Episcopalian by her mother and stepmother, she learned the value of prayer, Scripture and a nightly examination of conscience. Her father, Dr. Richard Bayley, did not have much use for churches but was a great humanitarian, teaching his daughter to love and serve others.

The early deaths of her mother in 1777 and her baby sister in 1778 gave Elizabeth a feel for eternity and the temporariness of the pilgrim life on earth. Far from being brooding and sullen, she faced each new “holocaust,” as she put it, with hopeful cheerfulness.

At 19, Elizabeth was the belle of New York and married a handsome, wealthy businessman, William Magee Seton. They had five children before his business failed and he died of tuberculosis. At 30, Elizabeth was widowed, penniless, with five small children to support.

While in Italy with her dying husband, Elizabeth witnessed Catholicity in action through family friends. Three basic points led her to become a Catholic: belief in the Real Presence, devotion to the Blessed Mother and conviction that the Catholic Church led back to the apostles and to Christ. Many of her family and friends rejected her when she became a Catholic in March 1805.

To support her children, she opened a school in Baltimore. From the beginning, her group followed the lines of a religious community, which was officially founded in 1809.

The thousand or more letters of Mother Seton reveal the development of her spiritual life from ordinary goodness to heroic sanctity. She suffered great trials of sickness, misunderstanding, the death of loved ones (her husband and two young daughters) and the heartache of a wayward son. She died January 4, 1821, and became the first American-born citizen to be beatified (1963) and then canonized (1975). She is buried in Emmitsburg, Maryland.