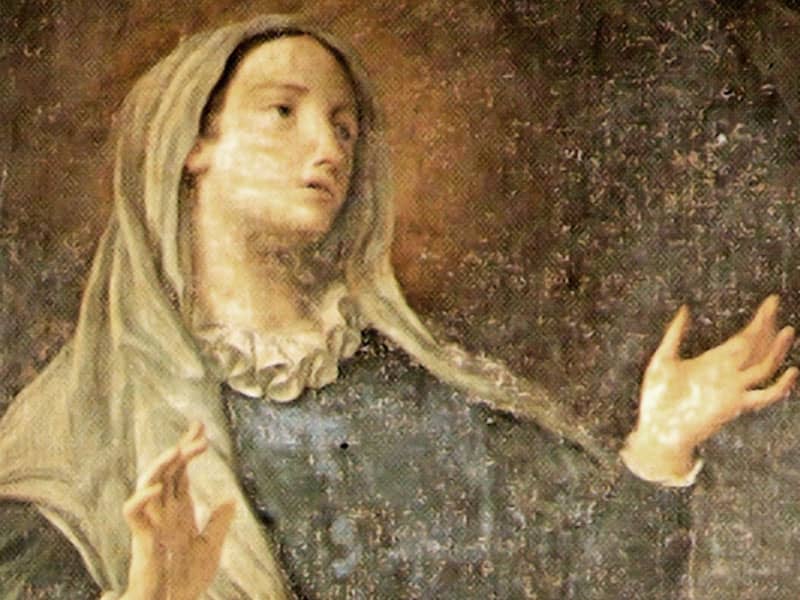 Going to confession one day was the turning point of Catherine’s life.

When Catherine was born, many Italian nobles were supporting Renaissance artists and writers. The needs of the poor and the sick were often overshadowed by a hunger for luxury and self-indulgence.

Catherine’s parents were members of the nobility in Genoa. At 13 she attempted to become a nun but failed because of her age. At 16 she married Julian, a nobleman who turned out to be selfish and unfaithful. For a while she tried to numb her disappointment by a life of selfish pleasure.

One day in confession she had a new sense of her own sins and how much God loved her. She reformed her life and gave good example to Julian, who soon turned from his self-centered life of distraction.

Julian’s spending, however, had ruined them financially. He and Catherine decided to live in the Pammatone, a large hospital in Genoa, and to dedicate themselves to works of charity there. After Julian’s death in 1497, Catherine took over management of the hospital.

She wrote about purgatory which, she said, begins on earth for souls open to God. Life with God in heaven is a continuation and perfection of the life with God begun on earth.