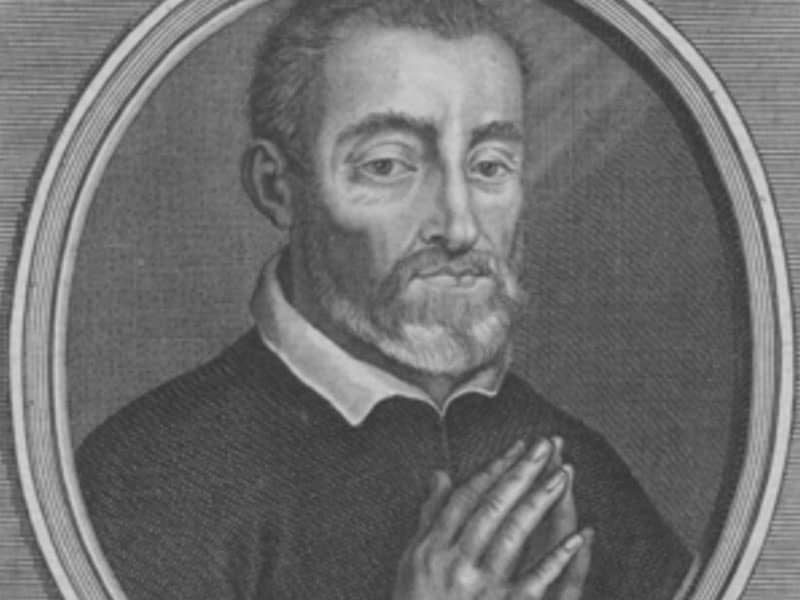 Like so many of us, Caesar de Bus struggled with the decision about what to do with his life. After completing his Jesuit education he had difficulty settling between a military and a literary career. He wrote some plays but ultimately settled for life in the army and at court.

For a time life was going rather smoothly for the engaging, well-to-do young Frenchman. He was confident he had made the right choice. That was until he saw firsthand the realities of battle, including the St. Bartholomew's Day massacres of French Protestants in 1572.

He fell seriously ill and found himself reviewing his priorities, including his spiritual life. By the time he had recovered Caesar had resolved to become a priest. Following his ordination in 1582, he undertook special pastoral work: teaching the catechism to ordinary people living in neglected, rural, out-of-the-way places. His efforts were badly needed and well received.

Working with his cousin, Caesar developed a program of family catechesis. The goal—to ward off heresy among the people—met the approval of local bishops. Out of these efforts grew a new religious congregation: the Fathers of Christian Doctrine.

One of Caesar's works, Instructions for the Family on the Four Parts of the Roman Catechism, was published 60 years after his death.