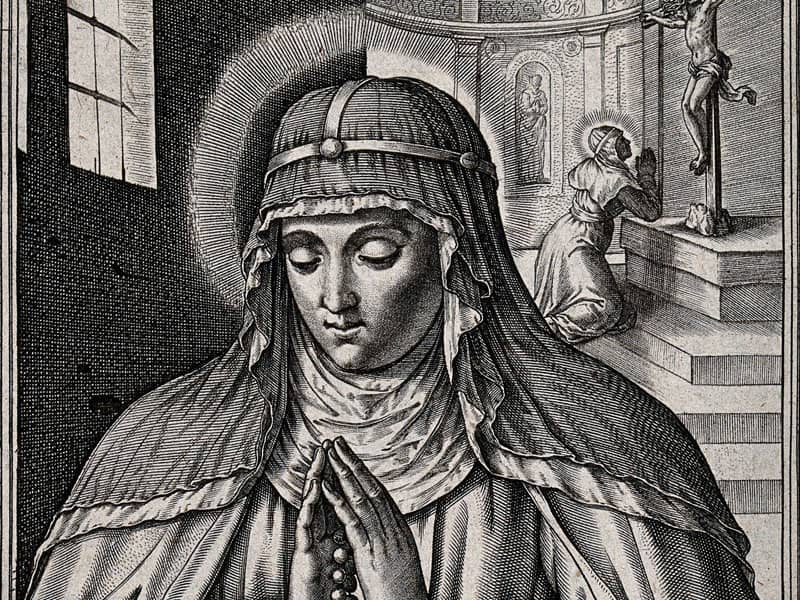 From age seven on, Bridget had visions of Christ crucified. Her visions formed the basis for her activity—always with the emphasis on charity rather than spiritual favors.

She lived her married life in the court of the Swedish king Magnus II. Mother of eight children (the second eldest was St. Catherine of Sweden), she lived the strict life of a penitent after her husband’s death.

Bridget constantly strove to exert her good influence over Magnus; while never fully reforming, he did give her land and buildings to found a monastery for men and women. This group eventually expanded into an Order known as the Bridgetines (still in existence).

In 1350, a year of jubilee, Bridget braved a plague-stricken Europe to make a pilgrimage to Rome. Although she never returned to Sweden, her years in Rome were far from happy, being hounded by debts and by opposition to her work against Church abuses.

A final pilgrimage to the Holy Land, marred by shipwreck and the death of her son, Charles, eventually led to her death in 1373. In 1999, she, Saints Catherine of Siena and Edith Stein were named co-patronesses of Europe.