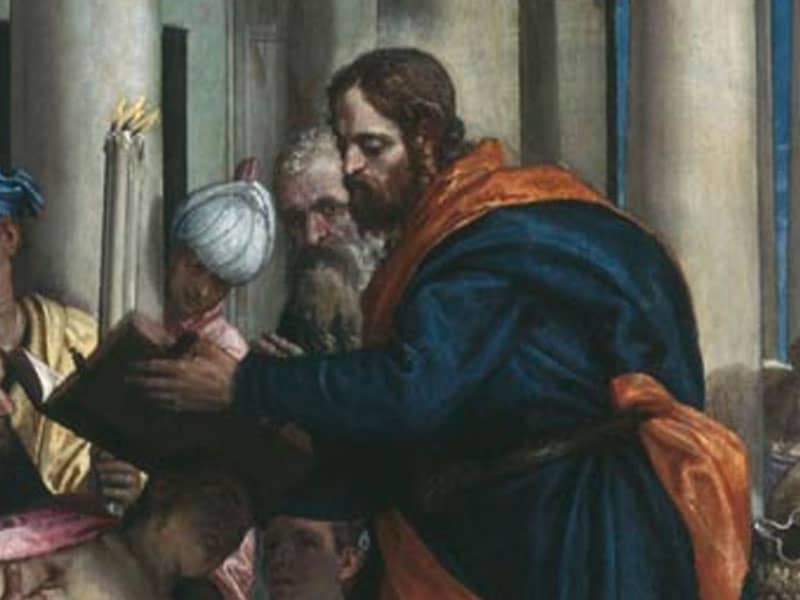 Barnabas, a Jew of Cyprus, comes as close as anyone outside the Twelve to being a full-fledged apostle. He was closely associated with St. Paul (he introduced Paul to Peter and the other apostles) and served as a kind of mediator between the former persecutor and the still suspicious Jewish Christians.

When a Christian community developed at Antioch, Barnabas was sent as the official representative of the Church of Jerusalem to incorporate them into the fold. He and Paul instructed in Antioch for a year, after which they took relief contributions to Jerusalem.

Later, Paul and Barnabas, now clearly seen as charismatic leaders, were sent by Antioch officials to preach to the Gentiles. Enormous success crowned their efforts. After a miracle at Lystra, the people wanted to offer sacrifice to them as gods—Barnabas being Zeus, and Paul, Hermes—but the two said, “We are of the same nature as you, human beings. We proclaim to you good news that you should turn from these idols to the living God” (see Acts 14:8-18).

But all was not peaceful. They were expelled from one town, they had to go to Jerusalem to clear up the ever-recurring controversy about circumcision and even the best of friends can have differences. When Paul wanted to revisit the places they had evangelized, Barnabas wanted to take along John Mark, his cousin, author of the Gospel, but Paul insisted that, since Mark had deserted them once, he was not fit to take along now. The disagreement that followed was so sharp that Barnabas and Paul separated, Barnabas taking Mark to Cyprus, Paul taking Silas to Syria. Later, they were reconciled—Paul, Barnabas and Mark.

When Paul stood up to Peter for not eating with Gentiles for fear of his Jewish friends, we learn that “even Barnabas was carried away by their hypocrisy” (see Galatians 2:1-13).