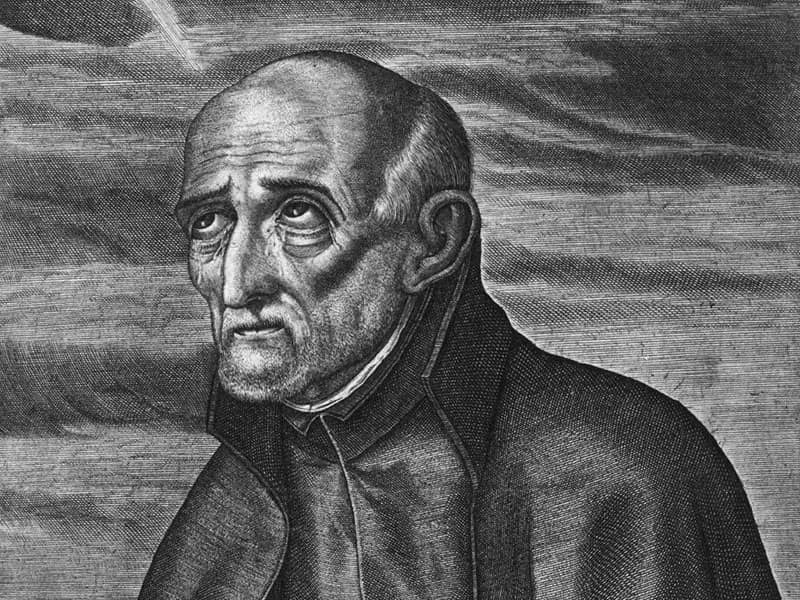 Born in Spain in 1533, Alphonsus inherited the family textile business at 23. Within the space of three years, his wife, daughter and mother died; meanwhile, business was poor. Alphonsus stepped back and reassessed his life. He sold the business and, with his young son, moved into his sisters’ home. There he learned the discipline of prayer and meditation.

Years later, at the death of his son, Alphonsus, almost 40 by then, sought to join the Jesuits. He was not helped by his poor education. He applied twice before being admitted. For 45 years he served as doorkeeperat the Jesuits’ college in Majorca. When not at his post, hewas almost always at prayer, though he often encountered difficulties and temptations.

His holiness and prayerfulness attracted many to him, including St. Peter Claver, then a Jesuit seminarian. Alphonsus’s life as doorkeeper may have been humdrum, but he caught the attention of poet and fellow-Jesuit Gerard Manley Hopkins, who made him the subject of one of his poems.

Alphonsus died in 1617. He is the patron saint of Majorca.