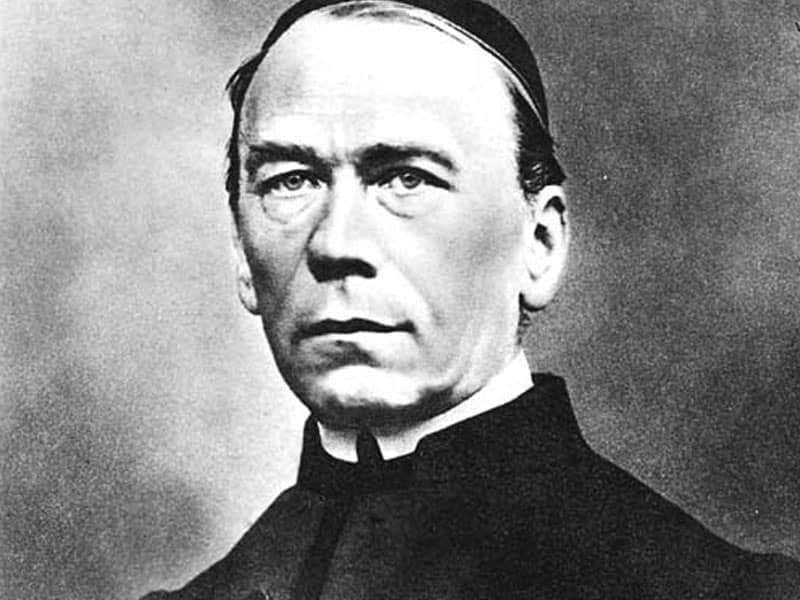 The rise of the factory system in 19th-century Germany brought many single men into cities where they faced new challenges to their faith. Father Adolph Kolping began a ministry to them, hoping that they would not be lost to the Catholic faith as was happening to workers elsewhere in industrialized Europe.

Born in the village of Kerpen, Adolph became a shoemaker at an early age because of his family’s economic situation. Ordained in 1845, he ministered to young workers in Cologne, establishing a choir, which by 1849 had grown into the Young Workmen’s Society. A branch of this began in St. Louis, Missouri, in 1856. Nine years later there were over 400 Gesellenvereine (workman’s societies) around the world. Today this group has over 400,000 members in 54 countries across the globe.

More commonly called the Kolping Society, it emphasizes the sanctification of family life and the dignity of labor. Father Kolping worked to improve conditions for workers and greatly assisted those in need. He and St. John Bosco in Turin had similar interests in working with young men in big cities. He told his followers, “The needs of the times will teach you what to do.

”Father Kolping once said, “The first thing that a person finds in life and the last to which he holds out his hand, and the most precious that he possess, even if he does not realize it, is family life.”

He and Blessed John Duns Scotus are buried in Cologne’s Minoritenkirche, served by the Conventual Franciscans. The Kolping Society’s international headquarters is at this church.