These saints were determined to make the world a better place.

Among the most beloved and powerful readings in the Holy Gospel are those that include the Sermon on the Mount. In the sermon, Jesus teaches His disciples how to live holy lives. He tells us, through the Beatitudes, that we should be peacemakers, show mercy for others, and thirst for righteousness. He makes it abundantly clear that Christians should never be unjust to or have prejudices against others.

In Matthew 7, which is also part of the Sermon on the Mount, Jesus makes this point even more apparent when He advises His disciples to follow what we now commonly refer to as the Golden Rule. He said, “In everything, do to others as you would have them do to you; for this is the law and the prophets.” Since the majority of rational people do not want to be looked down upon or treated disrespectfully, Jesus was undoubtedly advising His disciples to be respectful and fair to everyone.

It’s only natural that most saints would strive to be people of the Beatitudes. Living according to the teachings of Jesus would certainly be of the utmost importance in their minds. There’s no doubt that in heeding those teachings, most of them would strive to lift up people who were oppressed by unjust people and societies in various ways.

Taking it one step further, many saints also actively fought injustice. Whether it was poverty, corruption, racism, or other forms of injustice, they did what they could to try to overcome it. Here are five saints who fought injustice and made life better for multitudes of people throughout the world.

Saint Cajetan was born into nobility in Italy. Although he received law degrees, he later became an extremely devout priest who helped the sick and the poor. In addition to being the patron saint of several countries, he is the patron saint of the unemployed, gamblers, workers, and job seekers.

In the early 1500s, the saint was as disgusted with the immorality within the Catholic Church as Martin Luther, so he tried to change it from within the Church. He joined a brotherhood called the Oratory of the Divine Love, and he co-founded an order that would become known as the Theatines, that sought to live holy lives for Jesus by studying Scripture, leading moral lives, caring for people’s spiritual needs, and caring for the poor and the sick. Not only did he establish hospitals to treat people who were considered incurable, but he also founded a non-profit bank that gave no-interest loans to poor people to protect them from people who preyed on their financial instability with high-interest loans. Additionally, he is believed to have helped plague victims before and after his passing.

In 1815, another Italian saint, Saint John Bosco, was born into a poor family. He had to help his mother until he was 12 and take any job he could after that. Thankfully, a priest helped him get an education so that he could become a priest. But when he was nine years old, the saint had a dream that other poor boys were being rowdy and blaspheming God. When he yelled at them, a glowing man appeared, followed by a glowing woman, and told the child that he would have to change their behavior with kindness, not anger.

When he was a priest in Turin, a city where many poor boys had to sleep in the streets, the saint felt compassion for the kids. He not only prayed with them, took them for walks, and entertained them with magic tricks, he founded a home for 700 boys. Although people tried to kill him, he also founded schools where the boys could learn trades/professions suited to their gifts, and he fought business owners who had abused and used the boys. He created contracts for the business owners to abide by that demanded the apprentices be treated with dignity. According to the book “Stories of the Saints: Bold and Inspiring Tales of Adventure, Grace, and Courage,” by Carey Wallace and Nick Thornborrow, by the time the saint had passed away in 1888, “he and his order had started more than 250 schools all over the world, for more than a hundred thousand children.

One saint whose dream of becoming a nun gave her the courage to fight racism is Saint Josephine Bakhita. Captured and enslaved in Sudan when she was only a child, the saint was severely abused and suffered at the hands of her first four “owners.” Although the last two families treated her like a trusted servant, when she and the child she took care of had to stay with Canossian Sisters in Venice, Italy – during a family move – she realized that order was where she truly belonged.

To legally win her freedom and, later, entrance into the religious order, she had to fight racism and injustice in the courts of Italy. After everything she had endured in her life, she finally became a Daughter of Charity in 1896. She went on to become a beloved nun who brought kindness and compassion to many children and adults. After surviving so much suffering, she was finally treated with the love, respect, and dignity she deserved.

Another saint who had to overcome racism and discrimination to see his dream of serving God by devoutly helping others come true is Saint Martin de Porres. Among other patronages, he’s the saint of race relations and social justice. Although he wasn’t a slave, his mother was a freed slave of either African or Native American descent. His father was a Spaniard who never married the saint’s mother and left the family when the saint was a child. Because of laws/rules in Peru in the late 1500s that forbade people of African or Native American descent from joining religious orders, he wasn’t allowed to join an order on his first attempt. But he humbly volunteered at a Dominican priory in Lima and did menial jobs.

He was promoted to servant boy and later to jobs with more responsibilities. After several years of servitude, he impressed the prior, Juan de Lorenzana, so much that the prior disregarded the law and allowed him to become a member of the Third Order of Saint Dominic.Despite being ridiculed by other members of the priory, he went on to become known for his great compassion, kindness, and ability to perform astounding miracles. He also founded an orphanage for abandoned children and slaves and became renowned for performing medical miracles and constantly risking his life caring for the sick.

Another saint who found the strength and courage to live in dangerous conditions among the sick and the poorest of the poor is Saint Teresa of Calcutta. The saint shared God’s mercy and compassion with people around the world. She has also inspired many to follow in the compassionate footsteps of Jesus – our ultimate Teacher.

Unlike most people, the saint didn’t avoid people with contagious diseases, and she didn’t fear the stress and sadness that can come from living with and serving people who suffered because of extreme poverty. She found the strength she needed in her faith. She once told her Missionaries of Charity, “The cup of water you give to the poor, to the sick, the way you lift a dying man, the way you feed a baby, the way in which you teach an ignorant child, the way you give medicine to a leper…your attitude and manners toward them – all this is God’s love in the world today.”

These remarkable saints refused to allow unfair, self-centered, prejudiced people and societies to stop them from making the world a better place to live. They didn’t let them stop them from building the Kingdom of God. They worked tirelessly to give oppressed people the care, dignity, and opportunity they deserved. They lived according to those beloved, powerful teachings found in the Sermon on the Mount. And they can definitely inspire us to do the same.

Christine Galeone is a freelance writer who writes regularly for Beliefnet, The Catholic Free Press, Community Advocate and the Telegram & Gazette. She also writes screenplays. 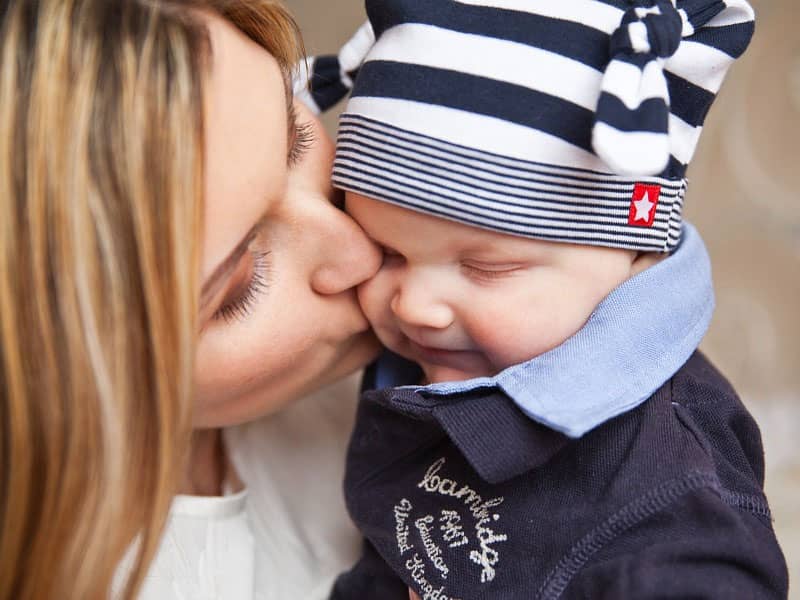 more from beliefnet and our partners
Add some inspiration to your inbox.
Sign up for Beliefnet's Saint of the Day newsletter.
From time to time you will also receive Special Offers from our partners
Christine Galeone