Spirituality and How to Nurture It Within

Like some of you, I’ve always hungered after spirituality. As a consequence, I have learned many things about it over the years. 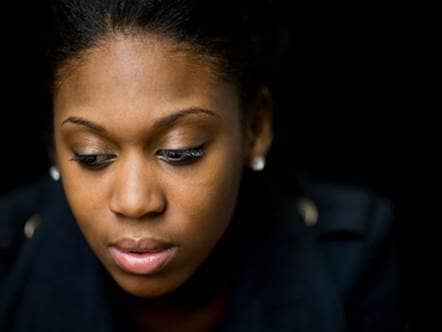 I like the way Rabbi Kaplan defines it. He says spirituality is “the progressive unlearning of the strange ideas about God you’ve been taught…”

If it is not obvious to you why I like this definition, that’s only because this is likely the first article of mine you’ve ever read. I write much and often about the failure of religion in my own life. "Failure" is probably too strong a word. Perhaps I should say "my disappointment with organized religion." I have not left the church, as many of my readers have. I do understand, however, why many have consciously chosen to move beyond the church of their childhood.

Christianity, as a faith-tradition, is undergoing a metamorphosis. I'm sure there are many who rejoice at the thought of the world might finally move beyond religion. But religion is here to stay. So is Christianity. It is chaning, however, and none too soon.

How to Nuture a Spiritual Life

I have spent the greater part of my adult life learning how not to be religious and spiritual. If you were raised, as I was, in a family where religion was worn like a garment, easily put on when needed and discarded when not, you know what I'm saying. I was surrounded by religious people all the time. I'm not sure, however, if spirituality was often in the mix.

I've always had an interest in spirituality. I've made it my ambition, therefore, to learn as much about it as possible. As a consequence, I have learned that many things, and, yet, I, too, how little I really know. What follows are a few reflections on what I think is important for all spiritual seekers to remember about spirituality and how to nurture a spiritual life.

1. Spirituality is not something you attain; it is instead the nature of who you are.

It is important to start with this understanding of spirituality. Otherwise, the natural inclination is to look for what can never be found. The place to begin is with the regognition that your interest in all things spiritual is not simply because you were raised in a religious environment. Certainly, your rearing plays a part. But spirituality itself is very likely written into your DNA. I have no way of knowing this. And, some might vehemently disagree. It's just a hunch on my part but, my point is, there is no need to seek what you are already. Start with the assumption that your interest in all things spiritual is implanted in your genetic make-up.

That assumption then gives birth to the next point I wish to make.

2. Spirituality grows in the garden of your attention.

I just planted a few tomato plants this spring. I've never had a great deal of luck growing tomatoes in the past, but I generally show interest at springtime each year, in t as new buds everywhere around me.

What happens, however, is that I soon lose interest. As a consequence of inattention, the plants suffer and often wither and die.

They do, however, not because I stop liking the taste of red ripe tomatoes on a fresh, summer salad but because I stop giving them any attention. I have resolved to be a bit more attentive this spring and summer.

It's the same with spirituality. You don't have to be involved in any organized religion to be spiritual. One of the benefits of involvement, however, is this: at least once a week, or whenever you go, you are giving some attention to your spiritual life.,p>I have discovered that that to which I give my attention to - regardless of what it is - has a tendency to expand...to grow. I think you'll find this to be equally true with regard to spirituality. You don't have to don a orange-colored robe like some Zen monk or check yourself into an ancient Christian monastery in Italy in order to give attention to your spiritual life or to benefit from its expansion in consciousness. It will happen quite naturally as the consequence of your daily attention.

3. Your spirituality and/or religious upbringing, such as either may or may not be, holds no patent on the Divine.

I think I've always known this. But it was not until just a few years ago I had the courage to admit it to myself.

As a Christian minister, had I publicly admitted to my congregation that I sometimes had doubts about my faith or that I felt that Christians held no patent on God, I would have been, as they say in Kentucky, "tarred and feathered," by threatened, offended, and insecure Christian people who took great pleasure in the illusion of being God's "chosen."

If there is anything I am learning it is the wisdom of uncertainty. The older I get, and I hope wiser, too, the more certain I become that there is very little about which any of us can be certain. This is especially true when it comes to faith. In fact, I'm pretty certain, although not absolutely certain, the religious people who seem the most certain of their faith (and Christian television and radio are full of faith on steroids) are either totally evil or they are just unaware that their outward confidence only masks their inner insecurity.

God is a liberal. She's generous, inclusive, and bigger than the capacity of our little brains to comprehend. Spirituality will flourish more beautifully when you let go of the arrogance that is always the consequence of inner insecurity with one's own spiritual identity. If you meet a religious person who seems interested only in making himself right by making you wrong, you can be pretty certain you've met a very insecure person. Besides, if they were really in touch with their own spirituality, they would know they have nothing to prove and nothing to defend.

Make it your ambition to grow up into spiritual maturity. As you do, you will then be able to say with Mother Teresa, "I love all religions, even as I'm IN LOVE with my own."

4. A deep, enriching spirituality is the consequence of a regular practice of meditation, introspection, reading, and reflection.

I teach university students the art of persuasive speaking. During any semester, students are expected to speak at least four to six times. While the first speech is a short three-to-five minute introductory speech, by the end of the semester, they deliver a twenty-to-thirty minute speech.

Why do I have them make this many speeches in one semester? It is because I know that, by practicing one's art, whatever it may be, one becomes a skilled practitioner. When a better method of becoming a speaker than by simply speaking is written, I'll teach that method. What is true of speaking, or any art, is true of spirituality.

If spirituality is like a garden in your soul, meditation, reflection, introspection are like fertilizer or food for the garden.

You'll notice I left out "prayer." I did so intentionally because prayer has all but lost its original beauty and richness and has for too many centuries degenerated into a method of manipulation and a magical means of getting God to do what you want in life.

Instead of a meditative exercise wherein the practitioner enters into a deeper and more complete feeling of oneness with God, prayer has degenerated into a means of getting God to fill the items on your grocery list of needs. Prayers are coins dropped into a cosmic slot machine, pulled by a lever called faith, and both with great hopes of hitting the jackpot.

This is about all prayer is for most religious people today. It is not, however, what prayer is for those interested in a vital spirituality.

Meditation is the method of real prayer. Meditation is learning how not to speak but enter into silence and stillness. And, there is nothing foo-foo about this. To meditate is simply the art of being still, something so foreign to people in the west. No wonder "stillness" or "silence" sounds so strange to most of us. And, difficult to do.

If you will make it your practice, however, to regularly meditate (and there are many good programs of meditation), your spiritual life will flourish. That's a promise. You may never enter a church, temple, or mosque again, but you will be deeply spiritual and you will live a transformed life, if you make meditation a regular spiritual practice.

Immerse yourself in the rich repository of spiritual wisdom written by practitioners of spirituality throughout the ages. You will be doing for your inner life what the spring rains do for a newly planted garden. Spirituality will take root and burst forth with abundant growth. As an unavoidable consequence, you will know and rejoice in your walk with God.

"What should I read?" you ask.

Here are a few of my favorite spiritual guides and some of their better writings:

• Pema Chodron, Start Where You Are: A Guide to Compassionate Living
• Phil Jackson, A Monk in the World: Cultivating a Spiritual Life
• Thich Nhat Hanh, Peace is Every Step: The Path of Mindfulness in Everyday Life
• Eckhart Tolle, The Power of Now: A Guide to Spiritual Enlightenment
• Mark Nepo, Seven Thousand Ways to Listen: Staying Close to What Is Sacred

Of course, I would also encourage you to read my own book The Enoch Factor: The Sacred Art of Knowing God. I close with the question that both opens the book and closes The Enoch Factor itself ...

“You were born to walk with God...So why would you walk alone?” - Dr. Steve McSwain

Dr. Steve McSwain is an author, speaker, thought leader and spiritual teacher. His books and blogs inspire spiritual seekers around the world. He is a devoted follower of Christ but an interfaith activist as well. He is frequently heard to say, in the words of Mother Teresa, "I love all religions; but I'm IN LOVE with my own." Read more from Dr. McSwain on his blog Your Best Life Now.