And Then We Were Gods

An examination of transhumanism and faith through the artful lens of Deus Ex series.

If you were offered the chance to become a god, would you?

The rapidly advancing fields of nanotechnology, artificial intelligence, and genetic engineering, among others, are converging into an event horizon from which our humanity may not escape intact.

Molecule-sized machines will soon be repairing our bodies at the cellular level. Our very DNA will be edited and corrected, made free of the disease-causing genes. Computerized intelligences will take our discoveries and perfect them, aiding us in bringing these advances ever further. We may even attain immortality.

In short, we will no longer be subject to nature’s whims. This is the humming, mechanical heart of transhumanism: the belief that the human race can evolve beyond its current physical and mental limitations through science and technology.

Ray Kurzweil, inventor, computer scientist, and recipient of the $500,000 Lamelson-MIT prize and National Medal of Technology, proposes what he calls the “three bridges” that must be crossed on the way to human immortality.

The “First Bridge” is the one we must tread right now—staying healthy through diet, exercise, and supplements. We simply have to live long enough to get to the next Bridge.

This looming Second Bridge involves a biotechnological revolution, one in which science enables us to change our genes, eliminating the advent of many diseases and greatly slowing the aging process.

The last and Third Bridge proposed by Kurzweil is bound up in nanotechnology and artificial intelligence—those molecule-sized machines will constantly rebuild us from the inside out, rendering us immune to the normal aging process.

The foundations for the latter two bridges have already been laid, and Kurzweil thinks that we’ll see them crossed in as little as 20 years.

But the prospect of immortality, of artificially expanded intellects and hyper-sharp senses and augmented strength, raises many questions that we’ve only just begun to explore.

And nothing allows us to explore possible futures like fiction. In the two recent installments of the thematically and aesthetically incredible Deus Ex video game series, “Human Revolution,” and “Mankind Divided,” players find themselves in a world that has been destabilized by human augmentation. With the games being set in our very near-future, these augmentations are mechanical rather than nanotechnological in nature, and appear in the form of everything from cranially implanted cognitive enhancements to powerful and aesthetically beautiful designer replacements for limbs and organs.

The term, deus ex machina, from which the Deus Ex series derives its name, translates to “god out of the machine,” and finds its origins in ancient Greece. When a playwright would find himself with an unsolvable plot problem while writing his plays, he would solve it lower a pagan god onto the stage via crane to suddenly solve the characters’ dilemma and bring about a tidy conclusion. Hence, the “god out of the machine”.

And, indeed, as players progress through the Deus Ex games, getting a glimpse of a very realistic and probable near-future world, this term takes on a wholly new meaning. The deus ex machina is no longer a plot device, but a creed. We are the gods out of the machine, conceived and lowered onto the stage of life by our advanced technology to miraculously stop the inevitable ending to the human story—death.

Players inhabit the life of Adam Jensen, security chief of one of the leading manufacturers of augmentations, Sarif Industries, who, after an attack on Sarif’s labs that leaves him near-death, is heavily augmented without his consent. Through an expertly designed in-game choice system, players are presented with an opportunity to consider what it means to transcend the mortal condition through the use of technology, to choose their stance, and to possibly come to a position of their own on the issue. In this way, the Deus Ex games are the literature of their genre, bringing immediate, real-world issues into perspective through fiction.

In Human Revolution, Sarif Industries, is under pressure from activists and politicians to consider the consequences of altering the path of humanity’s evolution. And this pressure is not unfounded, as several shadowy groups begin to take advantage of these new technologies in profound and deadly ways, using them to manipulate humanity for their own gain.

As problems with augmentation technology pile up, one of the recurring themes of Human Revolution is the Greek Myth of Icarus, the boy who, while escaping from a prison with his father, flew too close to the sun on artificial wings, only to find that the wax his father used to affix the wings to his body melting in the heat. He plunges into the sea, and is lost, much to the grief of his father. There is, perhaps, no greater mythological symbol of the transformation man is poised to undergo. We stand the collective chance of flying too closely to the sun, ourselves, and the sea awaits us far below if we misstep.

Adam’s name is not accidental. He represents the rebirth of man—the thousands of augmentees in the game who are now faster, stronger, smarter, and deadlier than any baseline human. The problem of inequality inherent to this is not lost on the myriad characters of the game. The Deux Ex games deal with the tension and violent clashes between “augs” and normal humans who are too poor to afford augmentation, whose bodies reject it, and who are morally opposed to it.

It is this moral opposition that may cause the greatest unrest. When it comes to religious faith, the conflict in our own real world may be even greater than that in the games’ fictional one. Christianity, the world’s most pervasive religion with over 2.2 billion adherents, make claims on the meaning to life, the truth about reality, and, on the hope for an ultimate end to suffering in the form of an unending, blissful existence after death. It places great emphasis on the permanence of the spiritual and the temporal nature of the material. But how, then, should the faithful respond in the face of transhumanism’s ideals of unending physical life, and of material, rather than spiritual, perfection? What are the religious considerations of a looming transhuman society, and how should Christians respond?

To begin, let’s examine the false dichotomy between theology and transhumanism. On the surface, it may seem that within Christian theology, God transforms man, and in transhumanism, man transforms man. But these ideas aren’t necessarily in conflict.

Within Christianity, many of those 2.2 billion may be expected to reject transhumanism ideals as unnatural and unintended by God. But it must be remembered that, in Genesis, God gave man dominion over the earth, over all physical creation. God included, in His creation, all of the building blocks for the technology we use today, and for the scientific methods we use to discover and develop it. It’s fairly clear that He meant for humankind to continually improve their existence using these materials. In this way, man transforming man is absolutely natural.

Going back to the world of Deus Ex, augmentation technology isn’t just helping the ruling elite. It’s replacing the limbs and damaged minds of the disabled. It improves the quality of life of thousands upon thousands of individuals, something Christ would have advocated. For Adam Jensen, augmentation provides the means through which he becomes a hero—his heroism depending on player’s choices, of course. And it is wholly necessary, because his opponents are augmented. Rejecting augmentation would have meant that Adam could not have kept up with his many opponents—his ability to do good would have been greatly diminished.

While the improvement of the human body does not contradict Christian doctrine, the philosophy of transhumanism can. The movement is, by its very nature, humanistic—centered around man rather than the divine. For the transhuman Christian, it will be important to remember that he or she is still esentially human, and still flawed, no matter how physically or mentally perfect. Aldous Huxley once wisely noted that “what science has actually done is to introduce us to improved means in order to obtain hitherto unimproved or rather deteriorated ends.” Transhumanism may make us more powerful, but it won’t make us more good. Goodness is a choice, whether we’re armed with a rock, a sword, a gun, mechanical arms, or nanotechnological invincibility, sin, too, will always remain a choice.

The Deus Ex games are told in the tradition of the cyberpunk genre, a style of fiction that is aptly described as “high-tech, low-life.” This storytelling tradition depicts the very fact we just highlighted—that technology can never make us good. Many transhumanists have a very utopian vision of the future, one in which science has solved not only our physical dilemmas, but our moral ones as well—that we’ll become like gods.

But if we become like gods, then we will be more akin to the gods of the Greeks and the Norsemen than the Abrahamic God—we would be beings of unimaginable power and beauty who belie those traits by indulging in very human behaviors—warring, lying, cheating, stealing, and, eventually, self-destruction. We would be gods in need of God, all-powerful, perhaps, but lacking in the morality that only a truly perfect and good being could have.

The Deus Ex series is, at its core, a retelling of the story of Icarus—a cautionary tale. They show what can and will likely happen when we wrest control of our bodies from nature; they are an examination of the mistakes we may make, and of the societal upheaval that may result. The transhumanism movement has the potential to clash with faith—not just with Christianity, but with all deity-oriented faiths, but the more we engage in dialogue about the future and the possibilities it holds, the better able we’ll be to deal with transhumanism rather than naively embracing its tenants or dismissing them, altogether.

Never forget Icarus, and his wax-stuck wings. Flight from the prison of entropy is a noble endeavor, but we must ensure the journey is taken with care. No matter how perfect we become, we will always need the humility to realize the need for something greater than ourselves.

"To represent transhumanise in words

Impossible were; the example, then, suffice

Him for whom Grace the experience reserves." 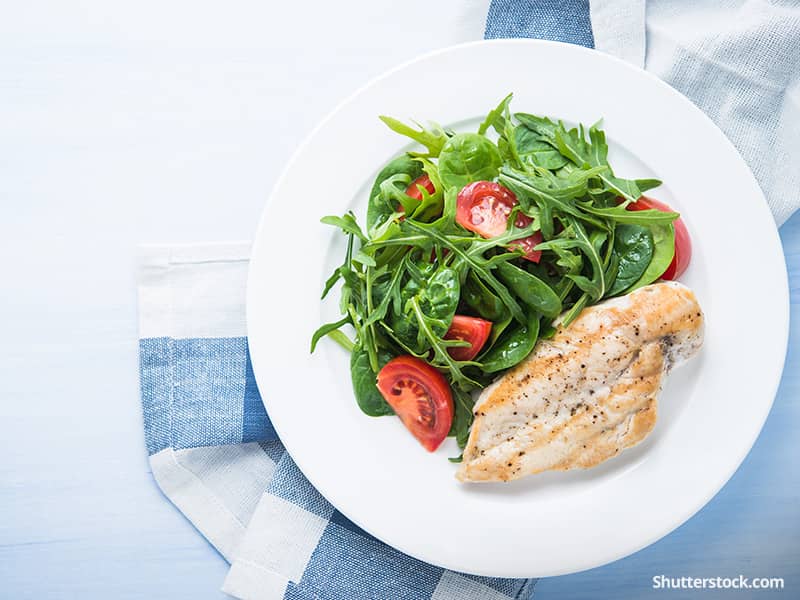 8 Recipes For Your Healthiest Year Yet