How Traveling Can Breakdown Prejudices

Many of us need to get out of our Christian little bubbles, churches, and social circles to discover there is more to being a person of faith. It is about interconnection with others in the world. 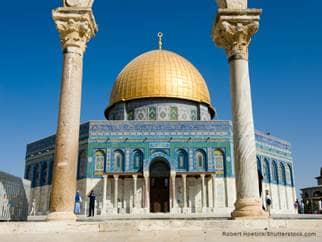 Many of us need to get out of our Christian little bubbles, churches, and social circles to discover there is more to being a person of faith. If possible leave the comfort of the pew, and go visit another country and culture. Most of our views of others are preconceived notions.

The Anti-Defamation League, founded in 1913, defined this as “Prejudice is a negative or hostile attitude, opinion or feeling toward a person or group formed without adequate knowledge, thought or reason and based on negative stereotypes. Prejudice is the result of "prejudgment" and often leads to discrimination.”

Travel can help not only those who are religious, but all Americans to better understand bigotry. This also expands people’s views, tolerance, and can redefine our narrow minds. These undertakings can awakening us to see how others are living on meager pay, or living in shanty towns—open out world up, perhaps wake us up.

This can be experienced by visiting other churches, towns, museums, along with observing other culture without a passport. A famous quote you probably heard by of author Mark Twain regarding this important interconnectedness. “Travel is fatal to prejudice, bigotry, and narrow-mindedness, and many of our people need it sorely on these accounts.”

We can also see and hear how others view us as a nation. During a trip to Romania, which was once ruled under a ruthless, selfish, murderous dictatorship, people saw Americans as all having great wealth, and faith. Some see us a great empire that just acquires and conquers who want to proselytize them. Again, this opens us up to politics, social injustice, as well as economic relationships. We can’t tie God down to one place, wrote Joerg Rieger in his book, Faith on the Road.

“This book illustrates my ongoing concern with religion and power, reflecting on the misuse of power both in terms of the justification of a static status quo and forms of traveling, which reinforce ideas of superiority,” he wrote.

Trust is an important factor in developing relationships with other people abroad and at home. You can’t build trust when there is only a week during a missions trip. “Where grave differentials of power exist, open encounters can’t be expected and should not be demanded,” Rieger explained regarding immersion and short-tem missions trips when visitors become discouraged if the host family doesn’t open up to them.

If going overseas is impossible.