A Journey to the Mission Field

Read to find out what inspired Blessid Union of Souls to abandon their fame as secular musical artists to embrace the Christian music scene. 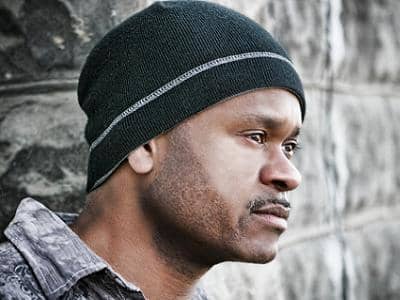 Early on, Eliot Sloan, the lead vocalist and key songwriter, with his friends were generating funky, pop/rock style music. During this season, Blessid Union of Souls emerged as the number one smash, a trio of top tens, five top 20 tunes and seven to hit the top 40, spanning the diverse likes of the iconic ballad “I Believe,” the quirky and colorful “Hey Leonardo (She Likes Me For Me),” the acoustically framed “Light In Your Eyes,” plus romantic favorites including “I Wanna Be There” and “Let Me Be the One” to name only a few.

During these glorious years, Eliot appeared on stage with superstar acts like Bon Jovi, Goo Goo Dolls, Third Eye Blind and Mike & the Mechanics. In the midst of his fame and glory, he began to feel that there was something lacking in his life. Eliot expresses his feelings – “I don’t know if you want to call it an un-fulfillment but I just wanted to go deeper. I love reading the Bible and I love the Old Testament stories. I love the word of God and I just wanted the music to reflect that more and be more in that direction.” Eliot desired to pursue a musical career, but he wanted his music to have depth and purpose.

In the midst of fame and success, a shift took place in their music. It all started in a small production studio a little over six years ago where friends once generated punk/pop music.  No more. Blessid Union of Souls chose to abandon their traditional pop musical style to embrace a more contemporary Christian style of music.

Little did they realize that what started out in a small studio would pave the way for the release of their new album, The Mission Field. This new album captures a different audience; rather than just providing mere musical entertainment, the album sends a message of encouragement and hope to bring healing to the hearts of a dying world!! Today, Eliot envisions using this new album as a tool to impact this generation.

Is there one song that really shares your heart and vision for your ministry?

On this new record, the song "The Mission Field" sets the tone of what the mission of this whole record is all about. It’s one of my favorite songs right now. There’s a song that’s not on the album that –called Early Sunday Morning, which is really close to my heart and that may be one that people have to go dig up and find.

Is there a specific scripture that you turn to when you’re facing trials?

I always turn to Proverbs 3:5; “Trust in the lord with all you heart” – and “Lean not unto your own understanding” because our understanding is so limiting.”

What advice would you offer to someone going through their own battles or trials?

I would probably direct them right to [Proverbs 3:5-6] when people are going through trials, there’s a sense of hopelessness.  There’s a sense of just darkness like there’s no hope. There’s no way out of this situation and that’s just the lie of the devil. He wants us to focus on that lie – but God says “Trust." My advice would just be to hold on. There is actually a song on our album called Hold On and it speaks just of that. Where there’s a person I’m talking [who is] going through [a hard season] and it [appears that] they just want to give it up, the chorus says “Hold On.” God promise[s] that he will be with us always. Always means always when we’re asleep, awake [in a] good mood, bad mood, [or] late [at] night. He said “I will be with you always” and that’s comforting to me.

What is your purpose in playing your music?

I just want to spread God’s message at this point.– I’ve always loved playing music. This is kind of like really all I have really wanted to do. God gave me the challenge to be able to do it and I want to give back to him what he gave to me. I’ve always been conscious of wanting to deliver a more in-depth message [rather] than just playing and having fun. I want to spread more and more of God’s message and hopefully during the course of our concerts or meeting with people before and after the show they get [will be touched]. Maybe it’s just one lyric in one particular song.

What challenges do you face as an artist?

The challenges I face as an artist [are] creating the songs, [the] direction and integrity of the songs and making sure that it’s something that I don’t feel uncomfortable [performing]. So in trying to stay true to the art of what I do, it’s somewhat of a challenge in the studio because –you can get into the studio and get lost in [the] different music you grew up listening too and the kind of music you want to see yourself playing.

Do you feel like it's challenging, as an artist, to keep the Christian message fresh and applicable to everyone, but at the same time but keep it exciting and relevant?

Yes I think so because I’m a song writer first. I just let the song write itself and then within the production of the song keep it interesting, relevant [but] at the same time, keep the message. That is a challenge in itself. I want to bring every element to the song.

How do you plan on keeping your focus on Christ with the rising fame and attention?

I’m just a normal guy. I really don’t over think that. We’ve been on roller coaster where things were up and down.  It’s a catch 22 in the sense. If the songs get popular enough then it’s probably going to come in some form or fashion but that’s really not going to change me at all. I guess I’m confident in that because I shun away from that anyway. You always think you’re mentally prepared for [the challenge] but you have to stay in prayer about it.

Has it been a challenge balancing family life with your music life?

Oh yes. I’ve been doing it pretty much all my life. I’ve been finding a way to [balance my music life with family life.] When I come home, I’m not a musician. I’m just dad to my kids and husband to my wife.

Do you ever feel there’s a time when it’s appropriate to blur the lines between the sacred and the secular? For example, if an opportunity will present itself for you to be on a record with a well loved secular artist, would you do it for the sake of reaching out to a wider audience?

Well I wouldn’t do it to just reach out to a big audience. It would have to be something that was sincere. If it’s a particular song, it just depends on the song [and] artist.

What person had the greatest influence in your life?

In my music, I would say my mother because she’s the one that really got me started playing the piano. She had me taking piano when I was a kid. [It was my grandma, Nora who acted] as the spiritual matriarch of the family. [I ended up writing a song] about her on our first album called Nora. When I think about anything that’s happening with me musically, my thoughts usually revert back to my mother and my grandmother.

What would be your advice to an aspiring traveling musician?

Do you feel like if someone has a heart for music, heart for ministry and worship, but they’re lacking a little bit on the musical side. Do you still think that there’s hope for them to achieve their musical desire?

Oh sure. They can always hook up with other musician[s] and song-writers [to] co-writing songs. a lot of [song-writers] can’t sing but they’re great lyricist. Networking with people and as much as you can with a [similar passion] would be very beneficial.

What are your long-term goals and visions?

I just want to reiterate the message of our album The Mission Field. The last song in our album is called Back From the Dead. It’s a song about overcoming temptation, and sin. That’s one of my main objectives with this record to let people know that [it is] not hopeless. But [also that] you already have the victory through Christ. We have the victory over the things in our lifetime and the trials and tribulations that we’re going to face. If you’re saved and you believe in Jesus Christ then you have the victory. I want to make sure people go away listening to our record or coming away from our show believing that there is hope. I think a lot of times we forget who God is. We think our problem is big. But our God is way bigger than our problem. [Often] we can get blinded by circumstance and that’s just another lie of the Devil. It pounds in our heads that there is no hope. That’s a lie. I want this record to bring people hope.”

The Evolution of Derek Webb

On the Road with Tricia Brock