The Film ‘War Room’ is a Call to Prayer 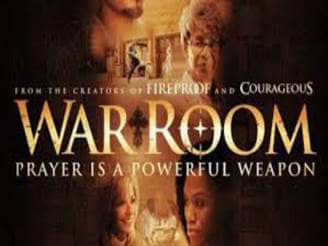 “War Room” is the fifth film from brothers Alex and Stephen Kendrick (Fireproof, Courageous). The drama will examine how prayer shapes, and can impact our lives from careers to relationships. If prayer has escaped you, now is the time to get back on track. The film will help bring life into a lost prayer life. To accompany the film is a book by Alex and Stephen Kendrick titled The Battle Plan for Prayer, and a trade book titled Fervent by New York Times best-selling author Priscilla Shirer. “War Room” will debut in theaters nationwide August 28.

BN: How do you choose your projects?

It’s always an adventure, but not always easy. We are often praying and asking God what He wants us to do next. When a project is from Him, there will be a mutual peace and sense of rightness about its direction and timing that will be confirmed repeatedly with counsel and His Word. Consequently, the movies and storylines have come more as a calling than some cool plotline idea. Over the years, we've discovered there is a huge difference between a good idea and a God-idea. Good ideas may impress, but God-ideas will impact for eternity. So, we will go through a season of prayer, sometimes lasting a few years and ask God to show us what is on His heart and to give us storylines and scriptural truths that He wants us to focus on at that time.

The plot of the movie 'War Room ' is an inspiring journey showing how to fight your battles on your knees strategically in prayer. It’s been amazing to watch God work in and through this. We saw many answers to prayer on set and now see the Lord’s wisdom in the timing of this movie hitting now with what is going on in our nation. The church needs to learn to pray in unity and in power again. And we’re seeing a hunger for this in the body of Christ right now. We are excited about what a renewed emphasis on prayer could mean for families and the church.

BN: What do you want people to take away from the movie ‘War Room’? We always have multiple goals. First, of course we hope they will show up en mass on August 28th with their friends and experience an inspiring, emotional journey that is safe for their whole family to enjoy together. But more importantly, what God did with marriages through 'Fireproof,' and with fatherhood through 'Courageous,' we hope He will do regarding strategic prayer through War Room. We believe the tag-line. Prayer is a powerful weapon. We know that it truly works and is so needed right now. There is so much division, hurt, and hopelessness in our cities and nation. America continues to turn away and reject God, the One they need to be seeking more than ever. Both the New Testament church and our country were founded by people of prayer. But history shows us also that married couples and families that pray together are exponentially stronger. Everything can change in someone’s life when they genuinely connect with God and begin to encounter Him personally through answered prayer. There is no issue or problem in our homes, families, or nation that prayer cannot address if we would learn to approach God the right way and ask in faith. 'War Room ' will present this in living color, nationwide in theaters on August 28th. 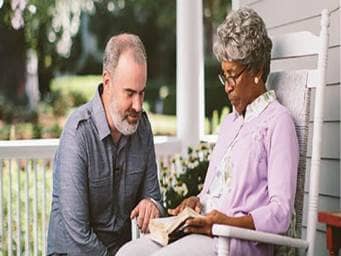 BN: What have been the biggest challenges you faced in the industry?

Every movie brings an Everest of challenges with it, but we don’t really consider ourselves as “in the industry” but more in the ministry. Alex and I live far from Hollywood and don’t waste time trying to impress anyone there, so we don’t really have to deal with much of the unnecessary stress and baggage that accompanies that world. But making full-feature movies can be very, very hard. We joke about how movies don’t really want to be made. It can be like pushing a giant rock up a hill for two years or trying to build a three-story house out of toothpicks. It has been the hardest thing we’ve ever done, but also the most fulfilling. But when you get to be a small part of watching the Lord use something you helped with to impact families around the world for His glory, it makes it worth the sacrifices.

BN: How do you work so well together?

Our daily, personal relationships with God and mutual commitment to each other have translated into a great working relationship marked by love and respect. It was around our college years that we made a conscious decision that Alex and I were going to stop embarrassing each other and instead start working together as a unified team. We now pray together often, trust each other’s discernment, lean on one another’s strengths, watch each other’s backs, and celebrate each other’s successes. Alex is a better storyteller and can see the finished product of a movie story on the inside of his forehead. So as producer, I will build teams and try to support and serve Alex’s directing and let him make the final call on the movie decisions. When it comes to the producing side, movie logistics, books, related Bible study materials, those come more natural for me and so he will share what he thinks but support my leadership in those areas. Our oldest brother, Shannon, has joined our team and with his skill set and taken us even further. It has been a great partnership of brotherly friendship and collaboration that we plan to continue working in long term. In the end, it is a true statement that unity and friendship “multiples our joys and divides our sorrows."

BN: What does faith mean to you?

Our faith in God is everything to us and influences every area of our lives. And always for the better! The Scriptures communicate that without faith “it is impossible to please God”, but at the same time, we are “saved by grace through faith” and are called to “walk by faith” and to always “pray in faith.” Every good thing about our lives has been because of the Lord’s grace and our relationship with Him. He put us here on the earth to bring Him glory, not live for ourselves. We are most fulfilled and He is most glorified when we trust Him by faith daily and obey whatever it is He is telling us to do next. So, let me conclude by asking, “what is He telling you to do?” I dare you to pray in faith and then step out and obey Him by faith. A great adventure awaits.