Prequels and Sequels You Should Know About

2016 has proven to be the year of prequels and sequels. Some of the films are stemming from previous plot lines however others are somewhat already told stories with a twist. 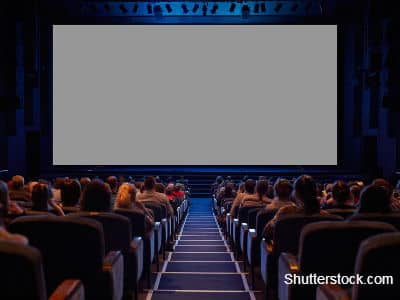 The beginning of the year brings many things to look forward to within the entertainment industry. Once the Golden Globes and Academy Awards are finished, everyone sets their sights on the upcoming film releases for the rest of the year. 2016 has proven to be the year of prequels and sequels. Some of the films are stemming from previous plot lines however others are somewhat already told stories with a twist.

By now you’ve heard about the The Ghostbusters projected which is the sequel to the 1984 hit. The upcoming release is an all female cast staring Kristen Wiig, Melissa McCarthy, Kate McKinnon and Leslie Jones. The film will follows Erin Gilbert, played by Kristen Wiig, and Abby Yates, played by Melissa McCarthy as they write a book about real ghosts. Years later, Gilbert lands a teaching position at Columbia University but the book resurfaces and problems occur when her academic realm. Soon Gilbert reunites with Yates and others when ghosts invade Manhattan and she and her team have to save the world. The film’s release was recently moved forward to July 15, 2016.

Leonardo DiCaprio is teaming up with Universal Studios to remake the 1983 story of Tony Montana. The Scarface remake is scheduled for the summer of 2016. It’s rumored that Universal Studios had been planning to remake the film since 2002, but they couldn’t find anyone that they thought could live up to Al Pacino’s remarkable performance. Director Brian De Palma said in various interviews that he was ready to give up until he saw Leonardo DiCaprio in The Wolf of Wallstreet. De Palma told The Portly Gazelle that he knew he wanted him to be Tony Montana. He went on to say, “Two years later, we are well into production and are expecting a 2016 release. Working with DiCaprio is a blessing and he is really nailing his role – must be the Italian blood!” The Scarface remake will follow the same plot and storyline of the original however the scenes will be rewritten.

Two prequels that should be on your radar this year are The Huntsman: Winter’s War and X-Men: Apocalypse. The Huntsman will be without Kristen Stewart and Rupert Sanders however, Chris Hemsworth and Charlize Theron will reprise their roles. The film will be pre-Snow White and focus on Freya the Ice Queen and sister of the evil Ravenna. Emily Blunt joins the cast as Freya and Jessica Chastain will play Hemsworth’s love interest. The Huntsman: Winter’s War is set to hit theaters April 22, 2016. And last but certainly not least is the highly anticipated X-Men: Apocalypse which is said to be the biggest X-Men movie ever produced. These X-Men films take place during the younger years. The villain of this installment, also named Apocalypse, will unleash a deadly virus that will destroy the world. Jennifer Lawrence, Hugh Jackman, Michael Fassbender and Olivia Munn will star in the film that releases May 26, 2016 in the U.S.