Have No Fear Your Favorite Superhero is Here!

Today, actors don't have the fear of being stereotyped, nor do they need to worry about breaking some kind of code for playing more than one character. Ben Affleck has played Daredevil and will play Batman next year. Chris Evans has played both Johnny Storm from The Fantastic Four and Captain America. 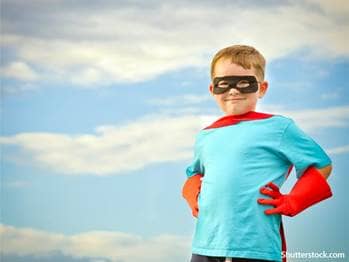 For younger readers, believe it or not, there was a time when movies based on comic books were a rarity. Instead of deciding which superhero flick you were going to see, you decided how many times you were going to see the one that came out that summer. That's another thing. Comic book movies usually only came out during the summer as they were not expected to do well other times of the year. Although summer is still the prime time for such projects, studios need not fear that they will not do well outside the season. Next year, at least nine movies are scheduled throughout the year.

In the past, comic book movies didn't have the cache that they have today. Stars who became synonymous with the hero that they played found that receiving new acting gigs outside the comic book realm was a challenge. For better or for worse, Adam West will forever be known as the “real” Batman and the 2006 movie Hollywoodland told about the real struggle actor George Reeves had trying to play anything other than Superman. Ironically, many years later, Christopher Reeve died too soon to see if he could shake off his Superman persona after playing the part for four movies.

Today, actors don't have the fear of being stereotyped, nor do they need to worry about breaking some kind of code for playing more than one character. Ben Affleck has played Daredevil and will play Batman next year. Chris Evans has played both Johnny Storm from The Fantastic Four and Captain America. Ryan Reynolds has played The Green Lantern and Deadpool. Hollywood has made peace with comic books. More “serious” actors like Robert Redford, who had a large role in last year's Captain America: The Winter Soldier, are no longer ostracized for taking on such parts.

Superheros are even showing up more and more in unexpected places like the Academy Awards. It not unusual for a comic book movie to be nominated for special effects or make up, but this year, Disney's Big Hero 6, based on a Marvel comic, won for Best Animated Movie. So, if you like superheros, get ready for more.

In addition to multiple superhero movies being offered each year, many have taken on the idea that “If one hero is good, then ten more must be great.” In 2008, the first Iron Man movie came out with just one hero. In May, The Avengers: Age of Ultron is coming to theaters with a whole army of characters including Iron Man, (Robert Downey Jr.), Thor (Chris Henmsworth), Captain America (Chris Evans), The Hulk (Mark Ruffalo), Hawkeye (Jeremy Renner) and the Black Widow (Scarlett Johansson). However, Disney/Marvel didn't think that was enough, so they also added Quicksilver (Aaron Taylor-Johnson ) and Scarlet Witch (Elizabeth Olsen) to the mix.

Finally, the world of superhero movies has long belonged to Marvel and DC, but recent news has revealed that the new upstart AfterShock, is building its team from former Marvel and DC personnel who have ties in the movie industry. Mike Marts recently left Marvel to become editor-and-chief at Aftershock and will be joining Joe Pruett, who has written multiple X-Men comics in his past. Expect more news to come soon. This probably won't change things this year, but it is not unreasonable to anticipate the arrival of a non-Marvel/DC comic movie coming to the big screen in 2016.

To read more from Jeffrey Totey, please visit his column Peanuts and Popcorn.