The Saint of Sin City

In Vegas, a man who puts his money on God.

Charlie Bolin was backstage at Splash, a topless revue at the Riviera Hotel and Casino in Las Vegas, talking to a stagehand. When he held out his business card for the man, a dancer, wrapped in a towel, asked if she could have one, too. He handed her one. She then looked him in the eye, opened her towel, and, breasts exposed, said coyly, "Oh, gee, I have nowhere to put it."

Bolin was unfazed. "I can see that," he deadpanned. "Tell you what. When you're dressed, drop by my Bible study, and I'll give you a card then."

There's little that Bolin, the Riviera's 53-year-old chaplain, hasn't seen since he first preached on the Vegas strip more than 30 years ago. Exotic dancers, card dealers and cocktail waitresses, gamblers and prostitutes, and victims of all manner of self-destruction, addiction, and abuse have come to him for counseling. He's prayed with Johnny Cash, Glen Campbell, Marilyn McCoo, and Natalie Cole. When one of the Flying Elvi, those daredevils who jump from planes dressed like the King, misjudged his landing and crashed "face-first" into a parked car, sustaining massive head injuries, Bolin was summoned to the scene to console the impersonator's sideburned brethren. The only thing Bolin's official duties don't include is weddings. (Though he will perform them, as well as funerals, on the side.)

"Charlie Chaplain," as Bolin is fondly known, is the only full-time clergyman on a Vegas casino's payroll. For years, Bolin volunteered his time up and down the strip, offering backstage Bible studies to cast and crew members yearning for a dose of eternal truth between shows. Since the Riviera took him on in 1993, he's on 24-hour call to tend to the spiritual needs of the hotel's 2,000 employees and more than 4,000 daily guests.

Those needs can be significant. "Las Vegas is a tough place to work and play," Bolin says. "Studies show that simply being in a casino, whether as an employee or a guest, is very stressful. All those lights and sounds are designed to stimulate you and can be overwhelming. You may not even be aware of it, but being in a casino is like standing next to a buzz saw all day. It'll drive you crazy!"

So will living on the strip. Not a day goes by without a crisis for Bolin to handle. "It may be someone who's dealing with an addiction or a terminal illness," he says. "Or it may be a suicide or a guest who's died and their spouse needs to make arrangements. With employees, it's usually relationship problems. In many couples, both partners work, often at night and in different shifts, 24/7, which is particularly tough if they have kids. I know couples who only see each other three hours a week, max."

Bolin downplays the exotic milieu in which he works--"being a chaplain in a casino is no different than being a chaplain in any city," he says--and he takes exception to Las Vegas' reputation as our Sodom and Gomorrah. "Give me a break!" he says. "Go to Los Angeles, go to Chicago, go to New York. Those places are bad. I've been to North Beach in San Francisco-what a hole! And they call us Sin City?"

Bolin likens his position at the Riviera to that of a military chaplain, a role he filled in the Air Force Reserve. Bolin's boss, the Riviera's v.p. of operations, is a retired army colonel. "He understands the value of having a chaplain around to keep the troops going," says Bolin. "The Riviera is a corporation, and corporations have trouble relating to employees as people. That's where I come in, providing pastoral and human services."

When pressed, Bolin concedes that Las Vegas is, OK, a bit surreal. "Sure. It's a fantasy world. Where else can you get a free hotel room? Where else can you get a prime-rib dinner for five bucks? And as with any fantasy, people are drawn to Vegas to escape their problems. Thing is, their problems don't go away once they're here, and if they get caught up in that fantasy, it can destroy them."

Not to mention that the offertory plates passed around at his Sunday services at the hotel often come back stacked with chips--"we just take 'em down and cash 'em in." (The proceeds support his volunteer staff.) Or the stripper who asked him to watch her act, in which she danced to "Get Me Jesus on the Line," because she was afraid it was sacrilegious. Or that each Easter, he gets some disappointed customers for his highly popular Passion play, which Bolin puckishly advertises next to the sign for a show featuring half-naked women. There's always a few who think, says Bolin, "Ah, Passion play, more sex!"

Occasionally, he has competition. One reformed topless dancer returned to a strip club to save her former cohorts. "She'd stand backstage and tell the girls they were going to hell," Bolin says. "She got kicked out. When they tried to kick me out, the girls defended me, saying, 'Oh, no. We want Charlie here because we can talk to him.'"

His popularity rests precisely on his refusal to judge. Though he's an ordained Southern Baptist minister, Bolin, who wears a collar, prefers to "allow people to be directed by God rather than me." He doesn't speak out against drinking, gambling, or topless dancing. This may come as no surprise, considering his employer. "I get criticism from Christians who say, `Why aren't you telling people they shouldn't be in casinos?'" he says. "I've got a good answer for that. There are no job openings in the Trinity, I reply, including the job of Holy Spirit. It's not my place to tell people what is and is not a sin. I'm here to help people sort out what's going on in their spiritual lives and to help them hear what the Holy Spirit is telling them."

"My ministry is much like Jesus' ministering in the marketplace," he says. "Jesus frequently hung out with prostitutes and publicans, dishonest businessmen. And that's what he was criticized for! And today, a lot of conservative Christians choose to ignore that fact.

"I know the Holy spirit is with me," he adds. "When I'm making my rounds on the floor, checking in on dealers, bartenders, and waitresses, they'll say, 'Boy, I feel much better when you're here.' I don't need to say much. Sometimes, I say nothing. They know who I am, and they know what I believe." 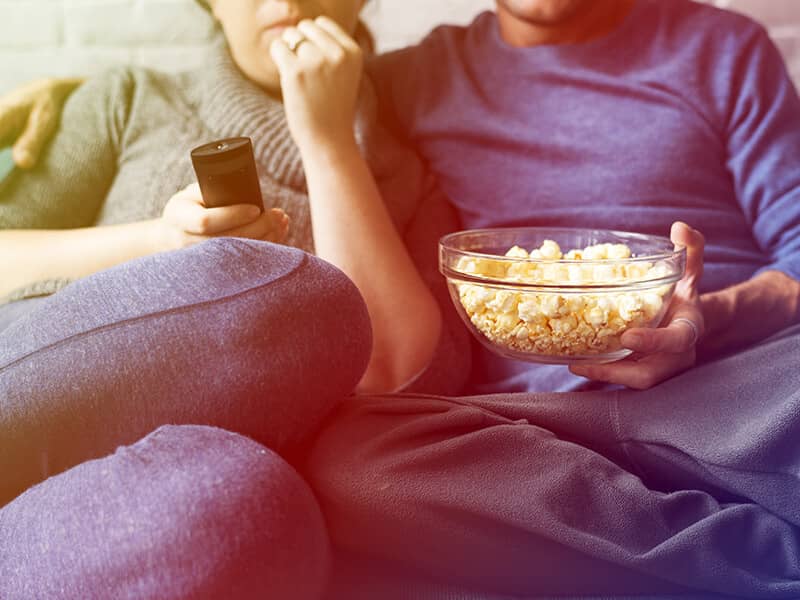 Is Living Together Before Marriage the New Norm For Young Christians?

more from beliefnet and our partners
Add some jokes to your inbox
Sign up for Beliefnet's Jokes newsletter.
From time to time you will also receive Special Offers from our partners
Beliefnet Editor