The Faith of Chris Pratt

But not all celebrities tread this darker path. Chris Pratt, action hero and rising Hollywood star, is unique among his peers—among all of us, in fact. He lives out his sincerely held Christian faith in his daily life, doing the best he can to represent and glorify God in all he does. He strives to be an example of what Christianity has the potential to be.

Pratt met with divine destiny about four weeks before he was discovered as an actor. In an interview with Esquire, Pratt describes a chance meeting outside a Safeway, where he came face to face with a man of faith. The man asked him, “What are you doing tonight…drugs and drinking?” Chris replied with, “I hope so.”

What followed was a small exchange that resulted in Pratt’s salvation. The man told Pratt that “I stopped because Jesus told me to stop and talk to you. He said to tell you you’re destined for great things.” When Pratt’s friends emerged from the Safeway, alcohol in tow, Pratt decided to go with the man rather than with them, and ended up working for Jews for Jesus and, within two days, giving his life to God.

He was 19 years old, and a month later, while waiting tables, a director saw something special in him and cast him in his first role. Pratt’s career took off. He was a celebrity.

But there is a reason there are so few Christians in Hollywood, a reason which Pratt would have to overcome through sheer willpower. The fame and fortune that come with celebrity status, the unlimited money, the sycophants who refuse to say “no,” the heady sense of power over millions of viewers—all of this can be a major obstacle to a life of faith.

Celebrities don’t have the barriers that normal people do, such as limited funds or a peer group who will consistently hold them accountable for their actions. They can do, for the most part, whatever they want, have whatever they want. They’re worshiped and adored and they know it.

They possess the powers of a god, yet the self-control of a mortal—a bad combination.

Some of the first Christians in America—the Puritans of the 17th century—had some good ideas about what it means to be a Christian who interacts with the world in a Godly manner. Their concept of “visible sainthood” was central to their lifestyle. They believed in faith in action, that tangible evidence of their faith in every aspect of their lives, from business dealings to careers, was incredibly important.

As a result, whatever their occupation was, they tried to excel while yet remaining humble, rationalizing that, since a person’s talents come from God, God must desire for them to use those talents for His divine purposes. As a result, their culture encouraged people to be walking ambassadors for God, showing His wondrous qualities to all who looked on even their most mundane dealings.

Chris Pratt is one of the few actors in Hollywood to truly use the platform of his celebrity power to promote the kind of love, kindness, and humility that truly represents what a servant of God looks like, representing God in his actions, great and small.

This is wonderfully encapsulated in his recent run-in with an aggressive autograph-seeker, caught on camera by TMZ. When the overzealous fan directed profanity at Pratt, the actor responded with “You should be nicer. You’ve got a cross on your chest and you’re cussing me out? Come on man. Don’t be a jerk.”

Pratt didn’t explode. He didn’t return fire or shut down or badmouth the fan on social media. He simply pointed out the fact that the fan bore a cross—the symbol of Christianity—on his chest, and that he needs to act in a way that better represents that cross. This candid moment speaks of Pratt’s worldview, giving us a window into the sincerity of his faith.

In what is another rarity, Pratt has gone public about his faith without being divisive or combative. In a time marked by constant warfare between popular culture and the religious world, Pratt has laid aside his sword in lieu of kindness. He’s positive, posting Facebook prayers for fans and openly discussing his faith on social media without resorting to demonizing those who feel differently about belief than he does.

It is in Pratt’s propensity to simply live out his faith rather than preaching or sermonizing that allows him to be both a successful, career celebrity and a Christian. In literature, the most powerful stories containing the most world-changing themes are those which teach through the example of their protagonists’ lives, showing what works and what doesn’t. Readers tend to shy away from authors who tell them how to live, yet cling to the characters they love, who then teach them how to live via example.

The same is true of the celebrities we idolize. The ones who teach through the lives they live rather than by simply telling us how to live are those with the greatest effect on our culture. And so when Pratt takes the time to visit hospitalized children or shares wisdom and hope with his followers or loves on his family, he teaches us. And because everything he does filters through the lens of his Christian worldview, what he teaches us is inspired by God.

One of Pratt’s social media posts sums this up well with 1 John 2:10-11, which reads, “Anyone who loves their brother and sister lives in the light, and there is nothing in them to make them stumble. But anyone who hates a brother or sister is in the darkness and walks around in the darkness. They do not know where they are going, because the darkness has blinded them.”

He cares. He cares about both about how he represents his God, and about how his power as a celebrity affects others. And that’s what makes the difference in his life, and, even moreso, in the life of his fans.

Think on your own circle of influence. If you’re an everyday Christian, even though you may not have millions of devotees, are you representing God in the best way possible? Are you using what influence you have to be the Lord’s ambassador, acting as a beacon of light and hope which draws people to the love of God?

If Chris Pratt can overcome the moral difficulties of fame and wealth to give us the example he does, then so can you. 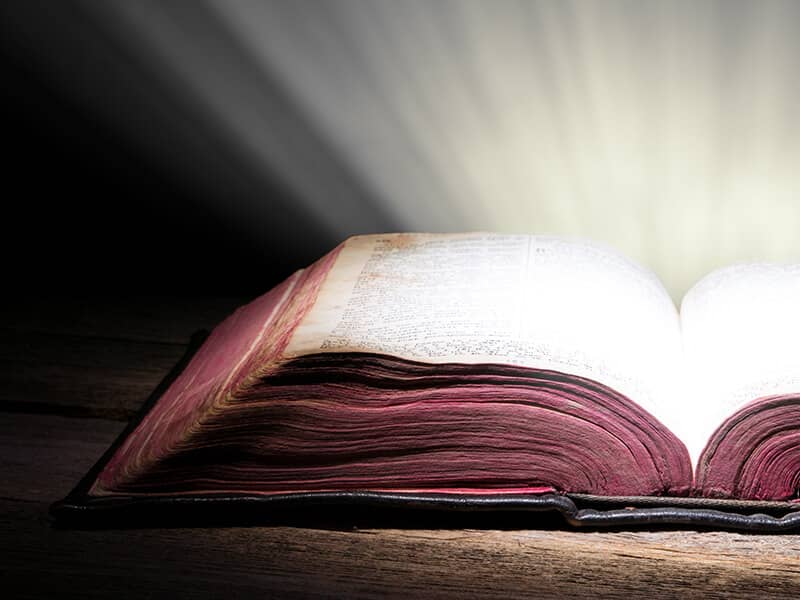 4 Perplexing Bible Verses and Why They Are Important