Famous survivalist, Bear Grylls, talks about his new book and how the extreme lengths of his job helped him become an inspirational figure. 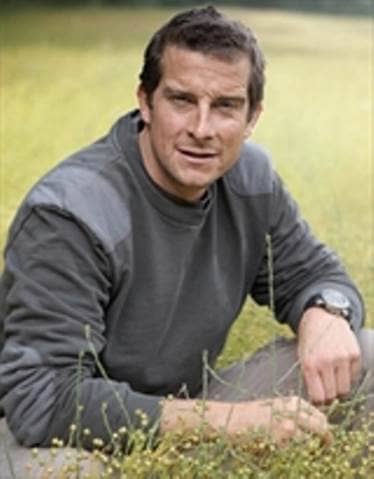 Bear Grylls is famous for his seven season Discovery Channel series - Man vs. Wild. Grylls is known for his extreme adventurous acts: drinking his own urine to stay hydrated, eating bugs for energy, jumping off cliffs and living amongst wild animals. In his book A Survival Guide For Life: How to Achieve Your Goals, Thrive in Adversity, and Grow in Character, Grylls talks about how his adventures have helped him through life. Each excursion has helped Grylls understand the reality of life and how to combat every day struggles that everyone faces.

What makes this book different from the other books you’ve written?

It is all about how you can get ahead in your life, achieve your goals, thrive in adversity and grow in character. Mud sweat and tears was my story, this is lessons learnt the hard way from that story I guess!

In the book you say, “Success requires sacrifice.” – What sacrifices have you had to make in life? What was the toughest sacrifice that you’ve had to endure?

Being told I would possibly not walk again after my parachuting accident whilst I was with 21SAS was a bad one, as was the years after the military of charging around on a dime trying to raise funds to climb Everest. The greatest sacrifices though have been in terms of risk and near death moments and with a young family that has been a hard one for me emotionally.

In the book you say, “To put your ego aside and let people help you.” How long did it take you to learn this yourself? Was there a specific revelation or moment when you realized that helpful piece of wisdom?

I am still learning it! But I know that ego is always such an obstacle for people and that when we refuse to be vulnerable enough to ever reach out for help or we refuse to share the limelight when things are swinging our way then we are always weaker for it in every sense.

I've had my fair share of criticism over the years and it always hurts, make no mistake, but you have to take it all with a bucket of salt. I remember when we flew powered paragliders over Mt Everest, as soon as we landed some journalist had already written an article saying we hadn’t quite done it - even though the footage spoke for itself. And suddenly it was a scandal. I was so proud that as a team we had raised millions of dollars for dying kids around the world - but the journalist didn’t care about that - for him it was about headlines and record breaking scandals. It is always all a bit crazy all that stuff and you have to just keep your principles of work hard, get home safe, look after the family and your good friends and try and walk humbly.

Your book is inspirational and can help a lot of people define their way. What would you said is the one thing that serves as daily inspiration for you? What drives you?

My Christian faith, that says I am found and I am loved. That really is what each of us is searching for but sometimes it takes us a while to find home. I have the alpha course to thank for helping me find a simple Christian faith that has so empowered my life.

Bear Grylls is an executive producer and host of the NBC reality series Get Out Alive with Bear Grylls, set to premiere on Monday, July 8 (9-10 p.m. ET). Previously he starred for seven seasons in the Discovery Channel adventure series Man Vs. Wild (reaching an estimated 1.2 billion viewers in over 180 countries). Educated at Eton, Bear is a former member of the UK Special Forces (21 SAS) and was made an honorary Lieutenant Commander in the Royal Navy. He climbed Mt. Everest in 1998 at the age of 23--just 18 months after breaking his back in a parachuting accident. He continues to lead record-breaking expeditions to the world’s extremes, which have raised over £1.5 million for children’s charities. He lives with his wife, Shara, and their three sons, Jesse, Marmaduke and Huckleberry, on a Dutch barge in London and on a small remote island off the coast of Wales.