How to Set Smart Goals for Success

Anyone who has been successful in life will tell you that their success didn’t happen without effort.  For example, people aren’t handed their dream jobs on a silver platter.  No one loses weight without a diet and exercise plan.  Folks simply don’t achieve their dreams by accident.  Instead, success is achieved by doing one thing: Setting Smart Goals.

Smart goals are the stepping stones you have to follow toward your dream.  They are the steps in the process of achieving any Big Goal.

We often don’t realize that achieving goals is a process.  And that process involves setting and accomplishing smart goals until you get to your desired end result.  For example, running a marathon may be your dream.  But achieving that dream involves accomplishing smaller, smart goals along the way.  So, if you are a runner, your smart goals may be to increase your daily runs by a half mile each week as you work toward race day.

Moreover, smart goals have to be smart!  So, if I want to run a marathon, I shouldn’t be trying to bike for 30 miles every Saturday morning.  That is an admirable goal.  Biking certainly is good exercise.  But it isn’t a smart goal if my dream is to run a marathon.  Smart goals are ones that set me on the path to achieve my dream in the most direct manner possible.

Admittedly, figuring out what are good, smart goals can be a challenge.  Below are ways to choose smart goals so that you can get on a guaranteed path to success.

There is no dream that you have that someone else hasn’t already accomplished.  For instance, if you want to become a lawyer, there are many, many people who already have achieved that goal.  Don’t rack your brain trying to figure out the smart goals required to become a lawyer.  Instead, find an attorney who you admire, and ask them how they got to where they are now.  Then use the steps that they took as your smart goals.

If you don’t happen to know someone who has achieved your dream, then do some research.  Highly successful people love to share their stories about their path to success.  Learn how they did it, and use their path to set your own smart goals.

For example, let’s say your goal is to become a media personality.  You might look at the journey of Oprah Winfrey.  She started out working at a small television station at the age of 19.  She then hosted a local talk show.  And from there, her career took off!  If you want to follow Oprah’s path, your first smart goal might be to try to get a job at a local television station.

So, when setting goals, realize that you don’t have to recreate the wheel.  You don’t have to figure the steps to success.  Instead, look at the paths that other people have taken.  Follow the steps laid out by those who have gone before you.  Use those steps to set appropriate smart goals.

Smart Goals Are Ones That Can Be Accomplished Each Day

There is no such thing as overnight success.  Instead, big dreams are achieved with persistent effort over time.  It is a process that requires a lot of patience.  As a result, many people get discouraged and give up before they’ve even come close to achieving their dreams.  To keep yourself from getting discouraged, set small, daily smart goals for yourself.

For instance, I approach my writing with small, daily goals.  I have goals for writing and for blog promotion each day.  Of course, I have Big Dreams for my writing career.  But I don’t focus on my big writing goals.  Doing so would put me on a fast track to being discouraged.  I would become frustrated that my dreams aren’t happening on my timetable.

Instead, my focus each day is to accomplish my small, smart goals for that day.  Those goals include doing a certain amount of actual writing each day, and then spending time on Facebook and Pinterest promoting what I have written.

As they say, “Rome was not built in a day.”  Nor was any big endeavor.  So, don’t expect overnight success.  Instead, create smart goals which can be accomplished each day and which incrementally push you toward your big goal.

Smart goals are strategic goals.  They are ones that move you closer to your dream on a daily basis.  The challenge is that some goals may appear to be getting us closer to our dreams, when in reality we simply are spinning our wheels.

For example, let’s say that your dream is to learn French as a second language.  You can work through textbooks, watch foreign films, and immerse yourself in French culture.  But if you don’t practice speaking the language itself, you will not be able to hold even the simplest conversation with a French-speaking person.

The key to success is to be highly strategic about the daily goals that we choose.  We don’t want to choose time wasters.  Instead, we want to choose smart goals that most directly get us to our desired result.

The only way to achieve success in any endeavor is with Smart Goals.  By setting achievable, daily goals that move you down the path toward your Dream, you ensure your ultimate success.  Consider using the above approaches to set Smart Goals for yourself and see your greatest dreams come to pass!  (To learn about the benefits of setting big goals, click here.)

To receive my free e-book, “The Confidence Course,” and my weekly newsletter, sign up at meerabelledey.com. 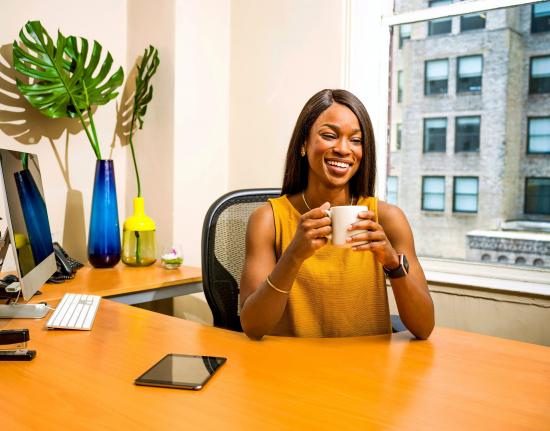 The 4 Most Important Things to Do in Life

There are lots of lists out there describing what people consider to be the most important things to do in life.  And these lists have lovely sentiments.  Find love.  Appreciate your family.  Do something you are passionate about. I don’t disagree with any of that advice.  Those are important things.  But all those lists avoid […]

What to Do When You Don’t Know What to Do

How to Develop A Peaceful Mind

We all wish to have that seemingly elusive “peaceful mind.”  A peaceful mind is like a still pond.  You can toss a pebble or rock into it, and there will be some ripples.  However, it quickly reverts back to its still state. Like the pond, a peaceful mind may be upset momentarily by life’s inevitable […]

Stop Chasing Happiness and Start Creating Contentment in Your Life

Many people have the mistaken belief that their lives are bad because they aren’t happy all the time.  Allow me to let you in on a little secret.  No one is happy all the time.  That is an unrealistic pursuit.  Instead, what we should be striving for in life is contentment. Happiness is a feeling, […]