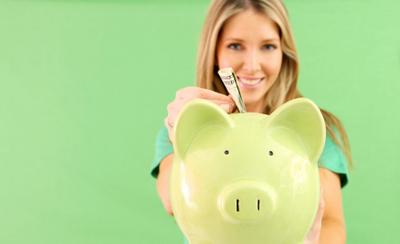 I was doing some research today for a workshop that I’m giving next month and I was pleased to see that in spite of the economy, women seem to be faring better than ever, financially speaking.

According to the Center for Women’s Business Research:

We are living in a new era of financial uncertainty — no one has all
the answers, all the time. Our mothers and grandmothers before us were inclined to simply leave the “money stuff” to the men. As women in
the world today, we can no longer afford to do this.

Because the truth is that we continue to outlive our male counterparts by many years and end up with the ultimate responsibility of managing this wealth eventually anyway!

So, isn’t it better that we become good wealth stewards now?

Come on ladies! Isn’t it time we finally conquered our self-limiting money patterns and beliefs?

If you happen to be in Northern California on March 9th, join me in my “Women & Money” Workshop and be prepared to overcome your financial fears! Hope to see you there!

Farewell, My Friends: May You Discover Your Own Rich Life

Sadly, today is my last blog on Beliefnet. It has been a tremendous pleasure and honor to have been a part of your lives for the last year. In parting, I want you to know that I hope to continue to be a resource to you through my work at The Money Coaching Institute. Our […]

Great Spirit, God, Creator of All I welcome You into my heart, mind, body and soul There is always room for You here. Grant me the wisdom to heed my inner voice And the strength to stay grounded while I sing my sacred song. Guide me down my chosen path and give me the courage […]

Are You a Pessimist or Optimist?

I don’t know about you but it feels to me that things are getting better. Our nation and the economy still have it’s problems, but a hint of positive change does seem to be in the air, doesn’t it? Or maybe, it’s that spring is on the way and I’m feeling optimistic. Truth be told, […]

Are You a Shopaholic? An Interview with psychologist, April Lane Benson

I recently had the pleasure of meeting the reknown psychologist, April Lane Benson, at a conference in Arizona, where we were both keynote speakers. April’s an expert in compulsive shopping. Afterwards, we had a chance to have lunch together and she gave me a copy of her new book, To Buy Or Not To Buy: […]