Peta, the President, and a Housefly

seem well outside the scope of serious work for the cause. The latest flap about the executive fly-swatting incident is a case in point.

“It makes us all look ridiculous,” William said today. “I know Peta has done a lot of good, but do they expect us to have flies all over and roaches in our houses?” We’ve have the “flies and roaches” talk before. Well, before it was “rats and roaches.” Today it was flies because — well, Peta got us, and thousands of other people, talking. That’s the point.
For the record: I have committed cockroach-icide. And I’ve killed waterbugs, too, but that’s nothing to be proud of because they’re harmless and I’m just too freaked out by their size and feelers to grant them the courtesy of being carried outside in a jar. That’s what I do for other critters who have a right to a home, just not my home.
I was doing this before Peta was born in a Washington, DC, apartment in 1990. I was four years old when I walked in and told Dede, the wonderful woman who lived with us and took care of me throughout my childhood, that I’d killed a red spider with my bare hands. She said, “What had he done to you?” I’d never thought of it that way before.
Fast forward to age twenty: I’m working as an assistant librarian at the Olcott Library and Research Center of the Theosophical Society in America in Wheaton, Illinois. My boss, a wise woman in her 70s named Helen Lohenholt, told me a story from her youth. She was working in a dentist’s office and a fly was buzzing around. She reached for the fly-swatter and one of the waiting patients said, “Let me take care of it.” He’d procured a cup and piece of paper, adroitly caught the little insect, and set it free out the window. Helen was flummoxed. She remembered earning a small trophy in her childhood for killing the most flies one summer when her hometown of Minneapolis was overrun with them. This person seemed like a visitor from another dimension. She wanted an explanation. He smiled and said to her, “Well, I don’t see a reason for killing anything unnecessarily. After all, nobody knows what life is.”
This “reverence for life,” as Albert Schweitzer put it, is my reason for treading lightly when I can. I keep my home clean so  bugs won’t want to move in. If one does, I take it outside. If an infestation were to occur and nothing less drastic worked, I’d consider it war and respond with lethal force. But I don’t have an infestation today and I’m happy that, should I come upon a creepy-crawly, I need not be armed.
Self-preservation is a given. And protecting one’s family and loved ones. What’s wrong, once that’s done, with extending–to quote Schweitzer again–our “circle of compassion to include all living things”? When we do that, in the good doctor’s view, we ourselves have a shot at knowing peace. 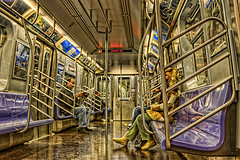