Pray: How Hard Do You Have to Pray to Get an Answer?

I just drove past an electronic billboard located in front of a local church. The following message flashed brightly for those passing by:

When It’s Hardest to Pray!”

I thought to myself: “Clever. Memorable. But is it true?”

This much is true. At least, true for me.

1. Sometimes, I find it very hard to pray. I’m just not in the mood for it. As if you have to be in the mood before prayer can be real. Ever thought similarly?

2. At other times, I’ve questioned whether prayer makes any difference. Yes, I have doubted the veracity of prayer.

Well, maybe the television preachers. Heck, the way they pray on television and before a live audience, with all their shouts of “Hallelujah!” and “Praise Jesus!” and, especially, when they scream, “In Jesus Name!” you’d think they had a direct line to God. That, when they pray, it’s like a trainer in a three-ring circus cracking a whip to get God up and off his “you-know-what” to answer their prayers.

I assure you, however, they’re hardly as “spiritual” as they’d like you to believe and, if you send any of them money in order to demonstrate your ‘real’ faith and get God to release blessings on you the way they want you to think He does on them, you need to see a shrink. You’ll get more from a shrink than you’ll ever get from the “spiritual” dudes you watch on the tube.

3. And then, I can think of a time when I worried that my praying wasn’t proper. You know, not according to procedure. Or that the posture I was using was not appropriate. Or that the prescription I followed was misinformed.

In other words, I worried that I wasn’t using the proper words.

Has any of this been your experience? How hard do you have to pray in order to get an answer from God?

Here’s what I’ve come to believe:

“Ask, and you will be given what you ask for. Seek, and you will find. Knock, and the door will be opened. For everyone who asks, receives. Anyone who seeks, finds. If only you will knock, the door will open. If a child asks his father for a loaf of bread, will he be given a stone instead? If he asks for fish, will he be given a poisonous snake? Of course not! And if you hard-hearted, sinful men know how to give good gifts to your children, won’t your Father in heaven even more certainly give good gifts to those who ask him for them?” (Matt. 7:7-11)

Three ways to get an answer to your prayer:

This is the point Jesus is making. Just ask, like a child who unhesitatingly approaches a parent and asks: “Can I have a cookie?”

2. Seek – No struggle here either. “Seek” means “look.” To be watchful. To ready oneself. Prayer does this, doesn’t it? And, it does this, to prepare you for the next step.

3. Knock – Which means, to test what you know, and know deeply, you need to do. In other words, I have come to believe you have the answer to your prayers already inside you.

Why do I say that?

I say that because Jesus promised, just before He left, the Comforter, the Holy Spirit, the Presence of God, would be in each of us (John 14). This is what that chapter is about. What it’s not about is who gets into heaven and who doesn’t. Which is why, if you hear anybody using John 14 as the “proof text” for who the “insiders” are, they’re likely an outsider who hasn’t discovered it, yet.

Jesus promised God is in you.

It might not be apparent at first. Which is where the “knocking” comes in. To knock means to take action. In other words, as you ask and seek, the answer begins to emerge.

When I think back on my prayer life throughout life, I think that, very often, if not indeed, every time I have ever prayed about something and sought to know the direction I should take, I actually knew the direction all along. It was not always clear at first, however. And, my continual asking…seeking…would eventually reveal the answer.

In other words, my problem was not knowing what I needed to do but finding the courage to risk doing it when it began to become clear. Or, clearer. Sometimes, it’s a process of gradual discernment.

Which is why I love this image created by Jesus of “knocking.” It implies testing a few possible directions to follow and discovering the right path to follow.

To Pray is to Ask

Here’s a real life example of what I’m talking about.

I remember when my father suffered a massive brain attack twenty years ago this November. They called it a “stroke” in those days. And, it was a doozy. He never regained consciousness. I gave the sermon at his memorial service.

He lived for ten days. But only because, shortly after they admitted him to the ICU at Baptist Hospital East, they put him on life-support. Instead of breathing on his own, the machine kept his body alive, long after his mind was gone.

And, his mind was gone. They were never able to stop the bleeding on his brain. And, every day, whenever they took a picture of his brain, more and more of the brain cavity was full of blood.

My father’s doctors had suggested by the second or third day that he would not recover and it would be best to shut down the life support.

But we did not agree.

To Pray is to Seek

If you’ve ever been in a similar situation with a beloved family member or friend, you understand how reluctant we were to give up hope.

We sought for any sign of his recovery. Every twitch of his body we were certain was a sign our prayers were being answered and he would soon open his eyes and recognize us.

Although no one was able to accept it at first or admit it at the time, we knew with each passing day, however, he was not going to make it. It took us ten days to muster the courage to act on what we knew intuitively. Therefore, on the tenth day, we signed the release papers and the medical personnel turned off the machine.

To Pray is to Knock

Actually, he had been gone for days. But it took a lot of courage for us to step up to the door of death and actually knock.

I firmly believe that you and I always know what to do. The answers we seek in prayer are inside us all the time. That’s how God has wired us, since the Holy Spirit showed up anyway.

Prayer then, and its process, is one designed to help us move closer and closer to the doorway where we courageously knock and then proceed. This is faith in action. Faith isn’t mustering up confidence enough to shout “In Jesus’ name” the way Aladdin feverishly rubs a lamp hoping a genii god will pop up and out and grant three wishes.

Nope that’s a lot of drama for television preachers, but it has nothing…I repeat…nothing to do with authentic faith.

Faith is full of doubt but it determines to go forward, knocking as it does.

No begging. No pleading. No struggle. Doubt, maybe. But, determination, nonetheless.

Why? “Your heavenly Father knows already” what you’re about to discover. 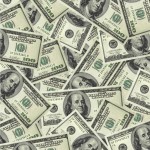