I know I’m way behind on my posts and fully intend to catch up here soon, but I felt like getting something up today. Why not beg’in with Beaverton Baha’i? 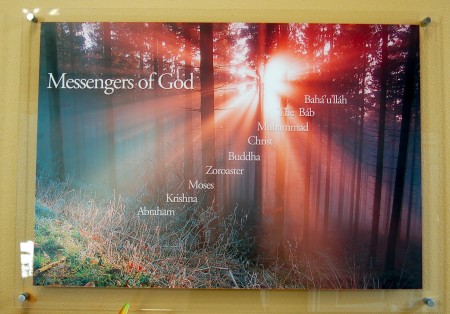 On paper, Baha’i is not only quite the challenge to SPELL, but quite the religion. Their basic belief is that all faiths are one in the same. That all gods are really just ONE god and that all religions are ultimately working to achieve the same objectives. They have their own scriptures, which were written in Iran in the 1800’s by the founder of the religion, a prolific punctuator named Abdu’l Baha’i.  Specifically Baha’is believe in:

•    One God
•    One Religion
•    One Human Family
•    Prayer, Meditation, and Fasting
•    Equality of Men and Women
•    Harmony of Science and Religion
•    Elimination of all forms of Prejudice
•    Universal Peace
•    Universal Education
•    Consultation
•    Administration and Elections
•    Independent Investigation
•    Respect the Environment
•    Spiritual Solutions to Humanity’s Problems

Sounds great, right? Not much there worth disagreeing over. But unfortunately, in reality, this philosophy translated into a devotional meeting that was so hyper focused on diversity that it was devoid of any real meaning.

Of course, I’m speaking entirely for myself here. I wasn’t exactly in the best place to for a church service that morning, if you want the brutal truth. Joel and I were in the middle of a Mexican stand-off, which is par for the course for any real-life romance, but it doesn’t always put you in the right space to be open to God.

It was a tough morning.

So trying to puzzle together a religion that tried to be every religion all at once? It didn’t go so well for me. The service, rather than focusing on a single message, started with a Baha’i Faith prayer and then skipped from reading to reading and from religion to religion. Apparently, they only recognize certain main religions as being part of the ONE RELIGION of Baha’i and they really aren’t all that clear about how those religions were chosen.

The readings themselves, however, were chosen by committee and read aloud by lay people, since they have no official clergy. Here’s how they broke it down:

MUSICAL INTERLUDE  (Which was a lovely, six-part a cappella group that sang so perfectly in unison that I couldn’t tell the voices apart.)

The hard thing about the Baha’i readings themselves is, and I say this with nothing but openness and affection in my heart, but seriously, THEY ARE TERRIBLE.

Please enjoy the first few lines of the opening prayer by Abdu’l Baha’i:

“O Thou merciful God!
O Thou who art mighty and powerful! O Thou most kind Father!
These servants have gathered together, turning to Thee, supplicating Thy threshold, desiring Thine endless bounties from Thy great assurance. They have no purpose save Thy good pleasure. They have no intention save service to the world of humanity. O God! Make this assemblage radiant!”

It sounded like something translated from Klingon. Only harder to understand.

After the readings, it was time for open prayers, which was the part of the service where anyone can speak from their chair. The prayers came from different people in different languages for different purposes and with different (although usually political) intentions. Again, diversity was the menu’s main course and I briefly felt like I was back amongst the Proletariat, wait, I mean the Unitarians.

The only part of the service that got to me was a prayer offered in Arabic and dedicated to the prisoners of Iran. A woman sang this prayer from her seat, reading the words from a prayer book, and her voice was so filled with melancholy and pain that I felt privileged to have heard it. It stuck with me. 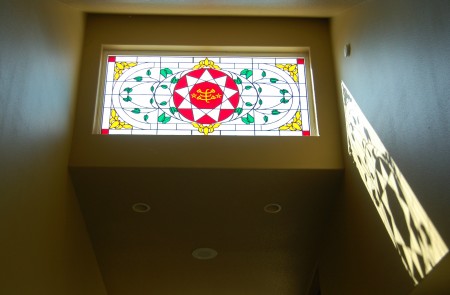 Of course, it was followed by a prayer in Spanish that was dedicated to President Obama and his family. Hello g’ag reflex, where’ve you be’en hi’ding the last few Sundays?

After the open prayers, there was another song and then a closing prayer, again written by Abdu’l Baha’i and unfortunately no more intelligible than the first: 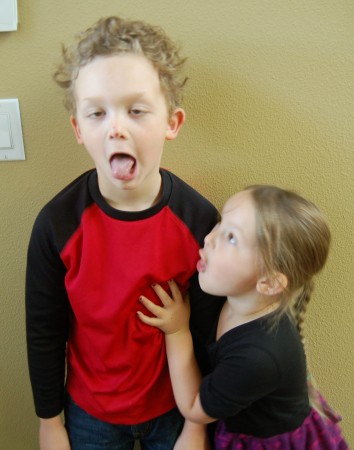 Throughout the service, I kept thinking it was a good thing we hadn’t been to a Christian church that day because I was so broken, I couldn’t even see myself in the mirror. I was the perfect candidate for a good SAVING. But the Baha’i faith strips away so much of the dogma, that there’s almost nothing left. Certainly nothing you can sink your teeth into. The only thing that ended up saving me was talking things out with Joel and knowing we were going to be okay. Because, God or not, we always are.

Ba'witched, Ba'othered and Ba'wildered at Beaverton Baha'i
archives most recent
More from Beliefnet and our partners
previous posts