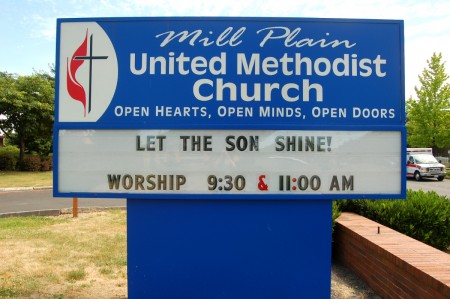 The United Methodist church is big. How big? Worldwide, about 12 million members and over 40,000 congregations big.

Put another way, UMC is the largest mainline (read: establishment, fairly liberal, non-Catholic) religion and the second-largest Protestant religion in the United States.

Put still another way, unless you subsist on deliveries from Amazon.com, eBay and Domino’s, there’s a good chance you drive by a United Methodist Church every day. Just look for the burning cross. Not on their lawn, silly! Up near their roof! Rest assured, those flames have nothing to do with racism. They’re a nod to the tongues of fire that supposedly licked the heads of the early Christians during the first Pentecost. 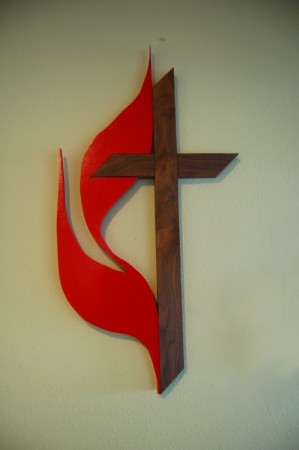 Then again, if you pass by one of their churches and never notice it, you could hardly be blamed. The buildings tend toward architectural wallflower-ism, blending into their surroundings more effectively than some amphibians. 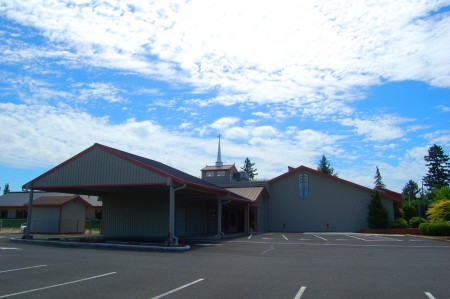 And that says something about their worship style, too. UMCers are a mild bunch, carefully avoiding ideological extremes while pursuing a predictable, yet refreshingly liberal brand of Christianity. It’s like green bean casserole made with sustainable and organic ingredients.

We happened to attend the 11:00 service at Mill Plain United Methodist Church last Sunday, leading me to conclude that the church was made up entirely of retirees. (Afterward, we were assured that the earlier 9:30 service was much more youthful.) Some of the church members had just returned from their “Annual Conference,” a regional assembly that discussed church policy and which, I imagine, included at least one pot of the aforementioned green bean casserole. This is where the service got interesting.

The matter of homosexuality had come up at that annual meeting. Pastor Bruce Smith reported that, by majority vote, it was agreed that they would remove language from their documentation that restricts membership in church leadership, as well as the performing of marriage and civil unions, based on sexual orientation.

As I looked around at that crowd of conservatively-dressed grandmothers and grandfathers, I couldn’t help wondering how this decision would go over. Passive and stoic, their faces didn’t reveal a clue. He didn’t seem all that concerned about the local impact of that resolution. (It still needs to wend its way up the ranks tothe General Conference for a final decision.) He simply observed that any debate that took place was characterized by “graceful conversation that allows us to discuss difficult issues and move forward.” Boom. Done. On to the next.

After the service was over, we had a chance to chat with Pastor Smith. I asked him how such a decision would go over with that afternoon’s distinctly old school congregation. “Actually, older folks have very little problem with gay marriage,” he said. “Some of them have gay children or other relatives and have learned to be more accepting. It’s the younger people who are just getting married and starting their own families that might have more trouble with it.” Nice to know that older people can teach us a few things about tolerance.

When I was a Jehovah’s Witness, hardly a week went by that I wouldn’t hear Philippians 1:10, which says “make sure of the more important things.” In that world, the “more important things” often involve schlepping Watchtower magazines around the neighborhood while pretending to be heterosexual. But after observing the United Methodists, it seems to me they’ve set their priorities right. For them, the “more important things” are: helping each other out, serving the community and doing right by their fellow man. Whether or not their boys like to kiss other boys seems to be filed under Less Important Things.

Boom. Done. On to the next. 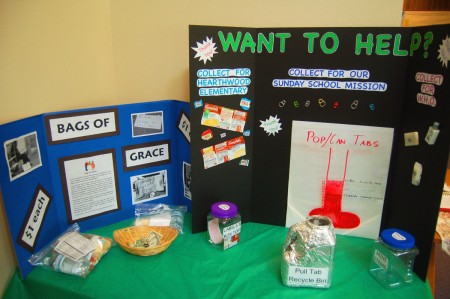 Update on My Spiritual Journey: Slogging My Way to God/Buddha/The Universe
archives most recent
More from Beliefnet and our partners
previous posts