What God Has Blessed 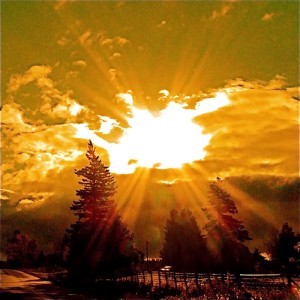 The Old Testament talks about how the king of Moab wanted to curse the Israelites. So he sent word to the prophet Balaam asking him to come to his city. The Israelites were about to come through where the Moabites lived. The king’s representative told Balaam, “Balaam, we know that whatever you ask of the Lord He will do. The king will pay you large sums of money if you’ll just come back with us and curse these people.” Balaam said, “Well, stay overnight and let me pray about it. But understand, I can only say what God tells me to say.” Balaam prayed about it, and in Numbers 22:12 God said, “Balaam, there’s no use in you going. What I have blessed you cannot curse.”

The king’s representatives went back and told the king that Balaam wouldn’t come. The king said, “Well, take some more money and go back and tell him he’s got to come and curse these people.” So, they went back and Balaam said, “Listen, guys. Even if you offer me a palace filled with silver and gold, I am powerless to do anything against the will of the Lord my God.” They stayed the night and finally talked Balaam into going. He got there and the king said, “Balaam, what took you so long? I’ve been waiting for you to curse these people.” Balaam said, “I’ll pray one more time, but I can only say what the Lord instructs me to say.” Balaam prayed, and the next morning he said to the king, “Here is what the word of the Lord says, ‘These people will succeed and become a great nation and have descendants too many to count.’ If I could just be one of them!” The king said, “Balaam! What are you doing? Would you stop? I’m paying you to curse them; instead, you’re blessing them.” Balaam said it again, “I cannot curse what God has already blessed.”

Friend, when you choose God’s way, when you humble yourself before Him, He said He will lift you up. When you receive Jesus as your Lord and Savior, you are born again and have the DNA of Almighty God. His royal blood is flowing through your veins. You’re wearing His crown of favor. When somebody tries to curse you, or in other words, when somebody does you wrong, you got a bad break, you went through an unfair situation, or it looks like you have a cloudy future, know what God says about you. Know that if God is for you, no one can be against you. Keep yourself in step with Him, knowing that His blessing overrides the curse! 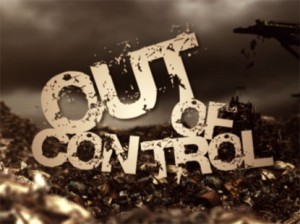