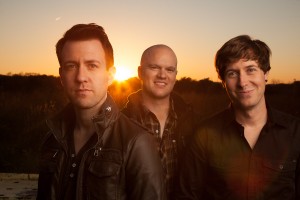 It doesn’t seem like nearly a decade ago when pop punk band Hawk Nelson exploded onto the scene with the instant classic Letters To The President back in 2004. But it’s true. Hawk Nelson is officially one of Christian rock’s elder statesmen.

The band has undergone some changes during that time, yet its penchant for driving rhythms and catchy hooks has remained the same. And now that longtime front man Jason Dunn has left to pursue a solo career, Hawk Nelson is charging forward with its latest release Made.

In this Whole Notes interview, lead singer Jonathan Steingard talks about the band’s longevity, his transition into a new role, and the art of reinvention:

Chad Bonham: Is it hard to believe that you guys have been at it for almost 10 years now?

Jonathan Steingard: It catches up with you kind of fast.

Bonham: So it’s a weird concept to be considered music veterans?

Steingard: It is a bit of a weird concept. In some ways we feel like veterans in the sense that we know who we are now and where we fit in and what our calling is more than we did before. But in some ways, we still feel a little new, especially now with the changes in the band. This is the first record with me as the singer. There’s this weird dichotomy. We feel like we’ve been around for a while and we’ve been lucky enough to have people follow us for a while. At the same time, we’re experiencing a lot of firsts again with this record. It’s our first record on Fair Trade. It’s our first record as me as the singer.

Bonham: Take me through the process the band has gone through this past couple of years as you’ve tried to figure out your place in the music industry. 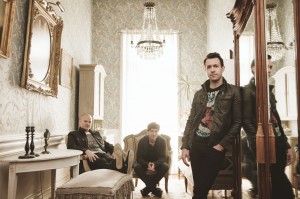 Steingard: That is really the source of a lot of the changes that happened in the last year. Internally, there was a lack of consensus of what we wanted to be as a band and who we wanted to reach and what our goals were. We’re all good friends and we still are. But we were all in this place where we were increasingly finding ourselves on different pages. That’s really what led to Jason (Dunn) moving on. He was the one that had a substantially different idea of what he wanted than the rest of us. He wanted the freedom to do what he wanted to do. So we released him to do those things. We wanted him to be fulfilled, and we wanted to be fulfilled. So instead of getting in each others’ way, we decided to support each other in those different goals. He went on to do his own thing and he released a solo record. The rest of us have focused on making music for believers and being encouragers. We wanted to make music that lifts up Jesus and that’s something we felt really strongly about and wanted to be unequivocal about. On our new record, that shows pretty clearly.

Bonham: What’s the biggest thing you’ve learned from your experiences over the past 10 years?

Steingard: As a believer, if you’re doing anything where you’re in front of people, it’s incumbent upon you to serve the people you’re in front of well. That might mean something different for different people. If you’re a businessman, serving your customers well is being Jesus in those situations. That’s where it starts. For us in a band, I’ve realized that if we’re in front of people on a regular basis, I want to be effective at serving them and meeting whatever needs we might be uniquely tooled to meet, whether that’s encouragement or providing them a night where they can connect with other believers and have a great time. We just want to be effective using the time we have and the stage we have to really be an encouragement and to serve people well. On a personal level, as a Christian musician and as the front man of a Christian band, if we’re going to be effective, there’s a pastoral element to what we do. It might different for different artists, but if you can play that role, I think that’s where you’re going to be the most effective.

Bonham: Has it been a natural progression going from backup vocals to lead vocals? 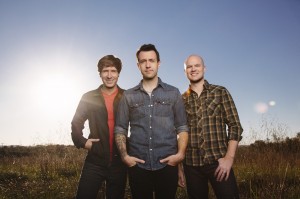 Steingard: From a singing point of view, it’s been natural. I’ve been singing alongside Jay for about 10 years. Live, we have so many harmonies and vocal arrangements going on and I was at the mic almost the entire time. But the front man aspect is definitely new to me. That was one of the things I was apprehensive about at first. I was worried that I would get compared to Jay. I was dreading the moment when someone would say, “Hey, you remember when Jay used to do this? Can you do that more?” But I’m not Jay. I approach it differently than Jay does. I have different strengths and different weaknesses. Justin and Dan released me to be myself and we gave ourselves permission to be a bit of a different band as a result. The DNA of the band is the same. It’s just being interpreted in a new way. That’s exactly what the record feels like. It’s an up-tempo record with lots of really fun songs, but we go deeper in to some topics that we haven’t really touched on before.

Bonham: How much did you guys enjoy the unique collaborations (Bart Millard, Blanca Callahan, etc.) you put together for the new album?

Steingard: We got a chance to redefine ourselves a little bit. Once we got the scary part of that, it got real exciting. How many bands get a chance to reinterpret itself in this kind of a way? It was really fun to get together with some people that have been key in our lives. We got to tap into a lot of our friendships. It’s three dimensional because of that. You have these people adding a little speck of their flair to the project.

Bart (Millard) was the actually the one that suggested I be the lead singer. We were going through the process of trying to figure out what we were going to do and while we were out on tour with Mercy Me, he pulled me into his dressing room one day and said “I think you need to be the guy.” We were in the middle of doing our last tour with Jason and Bart took some to encourage me and this ended up being the result of his intervention. We were considering bringing someone into the band from the outside. We ended going this route and I’m glad we did because it feels like it was the right decision. That was really the reason we asked Bart to sing on “Words.” He was the one who really embodied that whole idea for us—being intentional about speaking into the lives of those around us.

Bonham: As you were reinventing the band musically, how did that translate into the song writing? 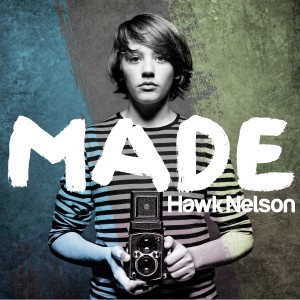 Steingard: There are a few songs on the record like “Every Beat of My Broken Heart,” and “Faithful” and “Outside the Lines” and “Through the Fire,” that in various ways kind of deal with what happens when you don’t feel like God is close. You know in your head that God is real and that He loves us and cares about us and wants to be involved in our lives, but you don’t see that in your circumstances right in that moment. What do you do with that and those feelings? My family was going through a bit of that last year when my sister was going through chemo. She was 24 at the time and she was pregnant with her first child at the time. It was like, “God, where are you in this situation? I don’t see the purpose here.” In retrospect, I know that we’ll understand someday, whether that’s here on earth or in Heaven. I know that we’ll see that God was working the whole time in the background. When you don’t see Him directly in your circumstances, He’s behind the scenes already preparing a future for you.

We’ve seen that in the life of this band. God knew this was going to happen. He was preparing the way for this to happen even when we were praying that Jason wouldn’t leave or that we would be able to work things out in that previous version of the band. God just had a different plan. That’s helped us trust Him even more for our future.

Stay up on the latest news from Hawk Nelson by visiting the band’s official website HERE: