In March of 2013, the History Channel will release a five-week, 10-hour miniseries called “The Bible” produced by the husband-wife team of Mark Burnett (“The Voice,” “Survivor,” “Celebrity Apprentice”) and Roma Downey (“Touched By An Angel”). To promote the event, Burnett has been partnering with co-hosts from “The Voice” for music videos highlighting scenes from the series. 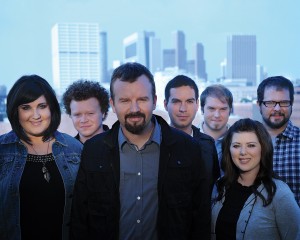 TobyMac, Casting Crowns and Kari Jobe among 2012 Grammy nominees
archives most recent
More from Beliefnet and our partners
previous posts