In part two of this interview with Peter Furler, he talks about his brand new solo record On Fire, and how he plans to balance a new approach to life with the demands that come with recording contracts and national tours

Bonham: You relied on several of your close relationships for your new album. What were some of the special moments you enjoyed while recording these songs? 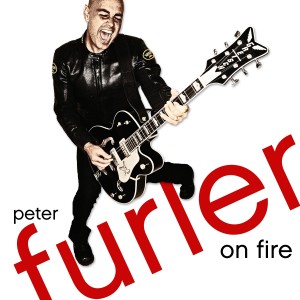 Furler: Those were things that I probably couldn’t have done if I was still doing the Newsboys. I got to do whatever I wanted to do. I kind of dug that. One of them was bringing in Phil Joel. Phil and I are good mates. He’s probably the most consistent guy I talk to out of all the guys. I feel like what we did together (in the Newsboys) was really special. He’s one of the best singers around but he’s also one of the best rock background singers. I knew I wanted to make the best record I could as a singer and songwriter and so I knew it would be better if Phil was there. We worked well together. You know when you watch the classic documentaries of different bands and there’s those two guys in the band that didn’t always see eye-to-eye but they worked well together? Phil and I were that. We haven’t always gotten along but we love each other now and now that we’re not in the band, we’re probably closer. Bringing him in was great.

Steve was obvious because he’s the guy who, when I have a concept for a song—I’ve got the melody and I’ve got ideas—I usually hand it off to Steve because I know it’s going to be better because he can fill in the gaps.

Bonham: There’s certainly an air of familiarity to this record, but it also seems like you enjoyed the freedom from some of those past restrictions. Was the outcome partly a product of that plus the realization that you had no expectations going into it?

Furler: That’s right. There weren’t any rules. There was a bit of system before with the Newsboys and it was a good one. There wasn’t anything wrong with it. But that infrastructure wasn’t in play anymore. I just knew I could do what I wanted. That’s not always a good thing. I don’t think I just went and did what I wanted. I still had people like my wife who knows a good song when she hears it. I trust her in that. I still had people like Steve who knows a good song when he hears and he’s not afraid to tell me, “I think you missed it there” or “Man, you’re on it.” So I kept some systems in place but there was a new freedom.

I think the other thing that was huge is that with the Newsboys I didn’t have as much time to focus on a record. So usually there was half the record I was liked and the other half was just trying to get the record done. With this one, I could focus more because I had more time. I didn’t have to do 50 shows in the middle of it. I was like, “You know, I’m going to ditch that song because I don’t think it’s right. I’ll save it for later.” Before, it had to make (the record). I had a few luxuries there to enjoy.

Bonham: You also worked with Andy Hunter on the album.

Furler: Yeah, Andy’s another guy who I’d actually love to tour with. I love electronica. I love what Andy does. I was free to reach out to someone like Andy. Before it wasn’t like I wouldn’t have been free to do that. I just wouldn’t have had time. I actually had the time to get on the phone and call him and talk to him and send him some tracks, whereas before it was like, “Man, I’ve got to get this done. I’ve got three days to get this track finished. Who can I farm the programming out to?” I’d just find somebody in Nashville or do it myself.

Bonham: Did you find a specific theme coming out through these new songs?

Furler: It was really a lot of practical things. We wear ourselves out to get rich. We work all our lives saving up money so we can spend it when we’re older and our lives are all used up. There was a freedom in looking at everything I owned and everything I had. My wife and I went from private jets and nice hotels and we bought an RV. I followed the band and did shows driving about 110,000 miles for a couple of years. It really changed us. We were living in a small space and we couldn’t drive home sometimes it was too far. The band would back on a tour bus or on a plane and so we’d stay out on the road, sleeping in Wal-Mart Supercenter parking lots and KOA campgrounds. When we’d go back to Nashville after that tour, we’d be like, “Man, look at all this stuff we have.” That was a big part of the theme. It’s not just being on fire for God and saying Jesus is Lord and He’s the most important thing. That’s all true, but sometimes that can sadly just be how we feel emotionally. It was more about the practical message of not wearing ourselves out just to get rich and looking at what life is really about and enjoying each and every day as opposed to the opposite of that. The theme is talking about how you can have a fire shut up in your belly and it can burn away anxiety and guilt. An example would be if you’re trying to live your life to please somebody else. What happens when you don’t please them? Instead, it’s about living your life in a freer sense and not being bound by what people think of you and looking forward to seeing the grander scheme of who God is, what He’s done and what He’s doing and what He’d going to do.

Bonham: What’s your game plan for staying true to this philosophical change in your lifestyle and balancing that with the reality of recording music and touring? 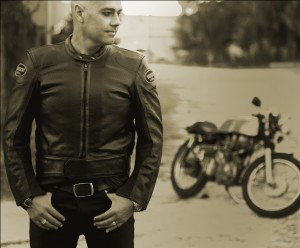 Furler: I think I’m still figuring that out. It’s been great so far. I’ve done a couple of radio tours now and loved every minute of it. They were simple. They were fun. I’ve got about 20 shows coming up between now and the end of the year. It feels just right. I’ve got three or four a month. I’ve got a Canadian run. I think the difference is that with the Newsboys it was all connected. You were going to Canada and then after Canada you were going to Europe and then after Europe you come back and you jump off the plane and jump on the bus and do the American Spring leg. So it wasn’t like we were doing just the “Go Tour.” It went from the “Go Tour” into the “Summer Festival Tour” into a fall tour with somebody else. I won’t be connecting the dots as much. I think that’s the plan.”

Bonham: So there’s no pressure on your end to get caught back up into the machine?

Furler: I watch it carefully. I’m not naïve to think it will never happen. There’s going to be some moments where I get my fingers caught, but I’ll have to get them out quickly before they get torn off.

Bonham: That was a disturbing image, but I understand completely what you’re saying. So I’ve got to ask, is there’s a scenario where you might find yourself on tour or sharing the stage with the Newsboys?

Furler: You know what? You never say never. I don’t know. Time will tell.

Bonham: I have a better idea. You should go on tour with Tobymac and sing all of Michael Tait’s parts on the dcTalk songs.

Furler: I don’t know if I can sing that good. He can still sing those dcTalk parts pretty good.

Bonham: I’ve seen Michael perform with dcTalk, Tait and the HERO rock opera tour and I don’t think I’ve ever seen him as energized as I did when I saw him perform with the Newsboys during the Winter Jam Tour.

Furler: He’s probably feeling energized in life. He’s got another shot. He had a big peak with dcTalk, and the solo thing did alright. But now he has a chance to be with a group of guys and create music again. I think as a musician, you’ve got to be thrilled with that. The Newsboys have a reputation and he’s the one at the helm now. He’s got to live up to it. We look at the past and what things were but in our industry you definitely get a second chance. In a few years time, there’s going to be a lot of people that won’t even know I was ever in the Newsboys. You’ve got 14 and 15 year olds that will just know me as some bald dude who sings music.

Check out part one of this interview by clicking HERE.