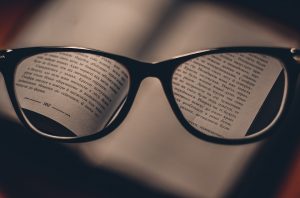 We often think of the world as just that-worldly. We may not think there will even be a Heaven or an Earth or even a God that can help us through tough times or a God that loves us. The fact that He loves us enough to die for our sins sometimes still seems unimaginable for some people. There is also that saying “when something seems too good to be true, it usually is.” That is why some people choose not to believe in Him. It can be extremely misleading and be intimidating for the non-believers to see any of us as believers talk about our earthly walk as if we are going somewhere else. It can even weird them out when we talk about the Bible and everything it stands for. They ask, “how can anything or even everything that is written in the Bible be true? They may think that there is no way that God let Jesus come down from Heaven to Earth to save us by dying on the cross, nor did He perform the miracles that the Bible tells us. The good news is that everything the Bible says is true.
But how about we change our perspective from a worldly viewpoint to a biblical worldview. What is a biblical worldview, you might ask? A biblical worldview is to allow the Bible to influence the way people view the world and its issues. So, instead of thinking that everything is completely wrong with the world, such as people’s opinions of the president, or people’s opinions of the way politics are, or even the way the government is, turn around those worldly negative thoughts, change them and try to look at those things from a biblical standpoint. Yes, sure, it is a lot harder to change your perspective from a negative to a positive one, nonetheless change your perspective from a worldview to a biblical worldview, but it can help change your views on many things. It can also change your outlook on issues in the world as well.

Like looking at the glass as only half full, looking at the world and its issues is the same as thinking that the world will never get any better. The thing to remember is that the world can get better if you are the one that is willing to make that change and to be the change the world is needing. If no one ever helps you take the first step, then do it yourself. There is no better opportunity than to push yourself to change your perspective of this world into a biblical, Christ-filled one. Everyone is entitled to their own opinions though too. But, why make yourself miserable and think of the worlds issues, as a glass that is full of tears? Why make your life be like that that, when it doesn’t have to be full of tears?
In the Bible, just like in the world, there are doubters and skeptics of everything. There were the Pharisees who doubted what Jesus was telling them. They even tried to pinpoint Him sinning for preaching on the Sabbath. Even though He wasn’t doing anything wrong. They couldn’t believe He forgave murders, thieves, and ate with the tax collectors and they criticized Him for it. But Jesus loved them anyhow. Just like He loves you and all of us. Another example is how He healed the sick and raised people from the dead. We don’t have the power to raise people from the dead like Jesus and His disciples did, but, we do have the power to be there for others and encourage them in the same way that Jesus did. Another example of having a biblical worldview is, looking at the way David so full heartedly believed in God. Even though he had Uriah killed in battle and had taken his wife Bathsheba to be his own, he knew God would deliver him. Even when Saul was trying to kill him, he knew God would keep Him safe. He didn’t even kill Saul when he had the chance to. He didn’t cast his final judgment on Saul because he knew that God would have the final say in judging Saul.
If Jesus can love everyone the same, and David knew the Lord heard his desperate cries even in His darkest hour, then how can we not have a biblical view of our world, no matter the issues that might be in it? All we have to do is pray about them. Prayer is the ultimate weapon against sin and the power of the Devil. Prayer is the way we can move mountains. So, cast your earthy viewpoints aside and start looking for the Bible’s guidance when things are looking bleak in the world. 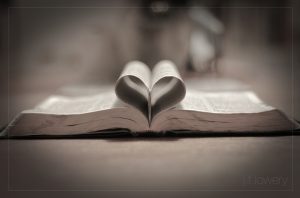