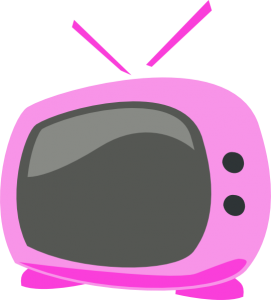 On Monday I had posted a blog about TV and Christian values. I had said that there is often the question of whether Christians should watch shows such as Friends or Two and a Half Men, even though they are funny, because of their sexual references.
It is said that Christians should keep watching over what they put before their eyes and ears. Many Christians may not be influenced by what they watch on TV. While others may be influenced to act in the way they see their favorite characters behaving on their favorite shows.
I know many may think I was wrong in my statement that just because people, myself included, watch the shows Friends and Two and a Half Men, it doesn’t mean that those shows influence us in any bad ways. Yes, they are both immoral and have many sexual and lustful references. It came to my attention though, that Two and a Half Men’s references were a lot blunter than Friends.
I had also said that just because we watch them, doesn’t mean we will act the way the character’s act. While that may be true, it doesn’t mean we should continue watching the shows, even if they are hilarious.
Sometimes when I watch them, I feel a pang of guilt because of a sexual scene or comment. It could be God subtly trying to get my attention.
In those shows, it is portrayed that having sex before marriage and with multiple partners, with no strings attached and no commitment is okay. It is also portrayed that it is okay to sleep with anyone you want, whenever you’d like. Another way both of those shows are immoral is the way they respond to each other with insults and other rude comments and have trouble getting along.
The only difference is, that Friends is a lot more subtle with the sexual references and comments, than Two and a Half Men is.
I know, as I said before, it says we must watch what we put before our eyes. I’m just as guilty as anyone, for watching these shows, to let go after a hard day. We all have to relieve stress somehow. Sometimes a good laugh is all we need to make us feel better. I know, as a Christian that I shouldn’t be watching them, even if they are funny.
I admit though, it is very difficult to tear myself away from the temptation of watching these shows, because honestly, these two shows are some of my favorites. I can’t just quit watching them cold turkey, and we all shouldn’t just quit something like watching a TV show, cold turkey. If we quit watching the shows that quick, I think it’ll be easier to go back to watching them.  Granted, I don’t watch them all the time, but I know I’m guilty of finding humor where there probably shouldn’t be.
If these hit shows were known to influences people in more negative ways than positive ways, then they would be taken off the airway way slower than they would be if it’d been Christian programming. I’m sure many people have called in and emailed the networks that show Friends and Two and a Half Men, and complained about how these shows are wrong.  Those producers have gotten plenty of complaints I’m sure.
Yet they know better than to take the shows off the air because then, even more people would complain about their shows being cancelled. They would rather disappoint a few people who may not enjoy the shows, than disappoint the fan base that consists of millions of people worldwide.
People can be easily offended by anything that is on TV nowadays. It is up to us to see how these programs affect us.  We can either continue to watch them or turn them off and watch something more wholesome.
If you think shows such as Friends or Two and a Half Men are so wrong that you can’t watch them, that is completely your choice. God isn’t going to strike you down because you enjoy any impure TV shows. I know it says watch what you put before your eyes in the Bible but, we also are given the freedom by God and the choice to enjoy whatever show we want.
Even one of the actors in Two and a Half Men, Angus T. Jones, gave up his role as the boy Jake on the show, after finding the Lord.
In an interview, he begged fans to stop watching Two and a Half Men, because he finally understood how wrong the show was. He went from being the highest paid kid actor, to a person who would rather serve the Lord with His gifts. He even said he was only on the last season to help and to try bring others to God. If God can change Angus T. Jones’ heart and change his mind about even being on the show, maybe one day all of us will follow his example and stop watching the shows that are immoral too. 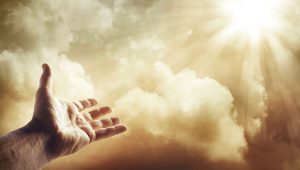