Do God and Pat Robertson agree?
With Whom Do you Agree?
Pop Culture or God’s Word? 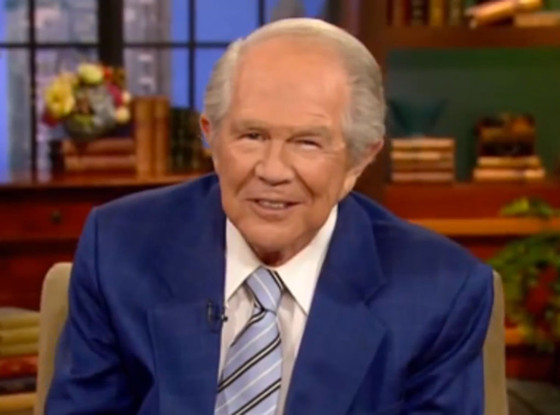 Calvin’s Commentary: While the popular media of pop culture, comprised of evildoers and the ungodly who number among the hell bound, spend their time and energy ranting about Pat Robertson’s remarks, according to what I read in the Holy Bible, God, David and Pat Robertson agree.

Read God’s Holy Infallible Word…(quotes following)…and instead, they should be arguing with God and not Pat Robertson. Their problem is with a Holy and Righteous God. In fact, that is Who the evildoers are truly rebelling against. They should be repenting in the fear of God instead of mocking God’s Word!

No one has ever argued with God and won! Just ask Judas Iscariot, Cain, Esau, Dathan (whose death is recorded in Psalm 106:17-18 along with all who supported his evil deeds). Read the Holy Bible throughout. In the New Testament, read what happened to Ananias and Sapphira who lied to God (Acts 5:1-11). Read how Herod was consumed by worms (Acts 12:21-23). If that’s not enough. find out what happened to Satan himself by defying God (Isaiah 14:12, Revelation 12:9, 20:10, 21:8 etc., etc.) plus many more scriptures too numerous to list.

Check out the King James Bible and be warned! Repent of your sins and mockery or spend eternity in hell’s fire!

King David wrote: [Psalms 97:9-12] For thou, LORD, art high above all the earth: thou art exalted far above all gods. [10] Ye that love the LORD, hate evil: he preserveth the souls of his saints; he delivereth them out of the hand of the wicked. [11] Light is sown for the righteous, and gladness for the upright in heart. [12] Rejoice in the LORD, ye righteous; and give thanks at the remembrance of his holiness.

King David wrote: [Psalms 139:1-24] <To the chief Musician, A Psalm of David.> O LORD, thou hast searched me, and known me. [2] Thou knowest my downsitting and mine uprising, thou understandest my thought afar off. [3] Thou compassest my path and my lying down, and art acquainted with all my ways. [4] For there is not a word in my tongue, but, lo, O LORD, thou knowest it altogether. [5] Thou hast beset me behind and before, and laid thine hand upon me. [6] Such knowledge is too wonderful for me; it is high, I cannot attain unto it. [7] Whither shall I go from thy spirit? or whither shall I flee from thy presence? [8] If I ascend up into heaven, thou art there: if I make my bed in hell, behold, thou art there. [9] If I take the wings of the morning, and dwell in the uttermost parts of the sea; [10] Even there shall thy hand lead me, and thy right hand shall hold me. [11] If I say, Surely the darkness shall cover me; even the night shall be light about me. [12] Yea, the darkness hideth not from thee; but the night shineth as the day: the darkness and the light are both alike to thee. [13] For thou hast possessed my reins: thou hast covered me in my mother’s womb. [14] I will praise thee; for I am fearfully and wonderfully made: marvellous are thy works; and that my soul knoweth right well. [15] My substance was not hid from thee, when I was made in secret, and curiously wrought in the lowest parts of the earth. [16] Thine eyes did see my substance, yet being unperfect; and in thy book all my members were written, which in continuance were fashioned, when as yet there was none of them. [17] How precious also are thy thoughts unto me, O God! how great is the sum of them! [18] If I should count them, they are more in number than the sand: when I awake, I am still with thee. [19] Surely thou wilt slay the wicked, O God: depart from me therefore, ye bloody men. [20] For they speak against thee wickedly, and thine enemies take thy name in vain. [21] Do not I hate them, O LORD, that hate thee? and am not I grieved with those that rise up against thee? [22] I hate them with perfect hatred: I count them mine enemies. [23] Search me, O God, and know my heart: try me, and know my thoughts: [24] And see if there be any wicked way in me, and lead me in the way everlasting.

God said: [Leviticus 18:22] Thou shalt not lie with mankind, as with womankind: it is abomination.

I’d rather be on God’s side who controls the final destination of every soul ever born and everyone living today and all those forever who shall be born and die.

[2 Corinthians 5:8] We are confident, I say, and willing rather to be absent from the body, and to be present with the Lord.

Get on God’s side now, today, this moment before it is too late. How you can do this!

Read: “Inspirational. Do you know for sure?”
http://blog.beliefnet.com/watchwomanonthewall/?p=4928

During an appearance on his 700 Club show, he discussed whether “liking” photos of gay couples on Facebook was a sin and a sign of condoning the behavior.

He said that he’d prefer click a “vomit” button to express how he feels about such images.

Robertson’s comments on the matter stemmed from an online question asked by a fan of his.

The question read, “When we ‘like’ things on Facebook, if it’s something that goes against what is written in the Bible — such as pictures of same sex couples — is that considered condoning behavior? How do you explain this to new Christians or youth?”

Robertson, who has never been shy of voicing his feelings, candidly responded to the concerned viewer.

“You’ve got a couple of same-sex guys kissing. Do you like that?” Robertson answered. “Well, that makes me want to throw up. To me, I would punch ‘vomit,’ not ‘like,’ but they don’t give you that option on Facebook.”

This isn’t the first time that Robertson has spoken out against some of the biggest things in pop culture.

NEWS: Snoop Dogg weighs in on the gay marriage debate

Last year, he claimed that Twilight movies would lead to demonic possession and slammed the hit films.

“Yes, I think those vampire movies are evil. There are no vampires. The whole thing is demonic,” he said regarding delivering them from the Hollywood franchise.

But the Prophet of Doom didn’t stop there.

Added Robertson: “And it may give you some kind of a thrill…a spooky supernatural, but it will open the door into the occult. And you don’t want to open any doors because you don’t know what kind of a demon’s out there who says, ‘So you opened the door, you gave me permission.'”

And there you have it! 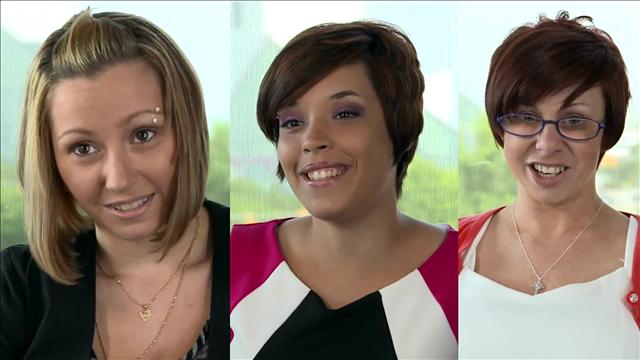