Calvin’s Question: After reading the article below, please leave comments…Do you agree with the author’s last paragraph or do you disagree? What is your opinion, did Obama compare Ho Chi Minh to Jefferson? ▬ Donna Calvin ▬ Saturday, July 27, 2013

Vietnam’s infamous communist dictator Ho Chi Minh was “inspired” by Thomas Jefferson, the Declaration of Independence, and the United States Constitution, according to President Barack Obama.

And some think the president went too far with this claim.

Obama’s remarks were made shortly after he met with Vietnam’s President Truong Tan Sang Thursday morning to discuss finalizing a regional trade pact.

“And we had a very candid conversation about both the progress that Vietnam is making and the challenges that remain,” he added.

But it was something the president said in his closing remarks that has certain news sites accusing him of “comparing” the communist dictator to Thomas Jefferson.

“President Sang shared with me a copy of a letter sent by Ho Chi Minh to Harry Truman. And we discussed the fact that Ho Chi Minh was actually inspired by the U.S. Declaration of Independence and Constitution, and the words of Thomas Jefferson,” President Obama said.

“Ho Chi Minh talks about his interest in cooperation with the United States. And President Sang indicated that even if it’s 67 years later, it’s good that we’re still making progress,” he added.

And you know what? The president isn’t entirely wrong.

Ho Chi Minh, to a certain degree, was “inspired” by Thomas Jefferson and the founding documents. In fact, Ho famously modeled the Vietnamese declaration of independence after the American Declaration of Independence.

But let’s go through this point by point.

First, because words are important here, here’s a quick definition of the word “inspire”:

in·spire (transitive verb): to influence, move, or guide by divine or supernatural.

This will be important to remember going forward.

Second, we’re not saying Ho’s revolution was guided by Jerffersonian philosophy. On the contrary, Ho’s actions make it quite clear he’s on the opposite end of limited government and self-determination.

Still, it’s not inaccurate to say that Jefferson and the founding documents helped shape Ho’s approach to revolution, revolutionary rhetoric, and anti-colonialism.

For instance, after Ho and his commandos took control of Hanoi in 1945, he proclaimed before an “enormous crowd” that “all men are born equal. The Creator has given us inviolable rights: life, liberty, and happiness!” PBS reminds us.

Sound familiar? There’s more where that came from.

“Would he have borrowed Jefferson’s words for the joyous celebration of Vietnamese independence if he had not understood and identified with the Americans’ eighteenth-century anti-colonial revolt, if he had not admired their revolutionary spirit?”

“Perhaps there was a practical side to Ho’s stratagem too. He might have felt that his use of Jefferson’s Declaration would impart some legitimacy to his struggle,” she adds, “that it would be a signal to the Americans that he respected them, that he wanted their friendship as well as their support for his own sister revolution.”

Third, to say Ho drew inspiration from the founders isn’t an insult to the founders. Yes, Ho was a totalitarian. But it doesn’t sully the Declaration to say Ho found it worth mimicking. It simply means Ho either missed the point (as his murderous reign of terror would certainly indicate) or he saw the value in that type of language — or value in exploiting it.

Lastly, bear in mind President Obama is trying to broker a regional trade pact with a country that has a shaky relationship with the U.S. It’s a delicate situation. The president shouldn’t be faulted for what appears to be an attempt to find common ground.

BOTTOM LINE: Make no mistake about it — Ho was a terrible and brutal man. He butchered his own people. He is responsible for countless deaths.

But it’s not inaccurate to say he found some inspiration in the founders.

Did President Obama “compare” Thomas Jefferson to Ho Chi Minh? Absolutely not. Did he bring up a historical fact during trade negotiations with Vietnam’s president? Yes he did. 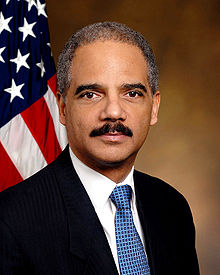