Calvin’s Commentary: Rasmussen polls are honest polls and below read their findings:  “A Rasmussen poll this week asked voters to identify the nation’s top terror threat. Most said radical Muslims. But voters who approved of President Obama’s job performance were split: 29% said radical Muslims, while 26% identified the Tea Party as the nation’s top terror threat.”  I’ve been warning you how the tide is turning against conservatives and Christians. The evil news media, the entertainment industry, the education system, combined with the Obama administration’s brainwashing and propaganda machine, in 5th column techniques (enemies among you) are succeeding in maligning true Christian, Bible-believing values and this is taking it’s toll upon how we Christians are viewed! Now if you and the Christian Church, including Christian Pastors, do not begin to take action and begin to speak out in loud and overwhelming numbers in defense of Jesus Christ, God’s Law-Word-the Holy Bible, it is not going to be long before conservative Christians find themselves being sued, arrested, persecuted, tried, jailed, put on psychotropic drugs in mental institutions against their will, and worse. You better decide who you are and what you’re for very quickly or you’re going to be responsible for Christian persecution in the USA unlike anything you’ve ever known before. The sodomites hate your values that are Bible-based motivating your choices. ! The media is prejudiced against you. The evildoers in government are gaining in the propaganda war – and you conservative, true Christians are being attacked. Your children are being taught in EVERY public school that true Bible-believers are the root of all evil and the biggest threat to America. The five Supreme Court Justices said that you are the biggest threat to the human race in their Majority Opinion that came down June 25, 2013, deciding in favor of sodomite-fornication-counterfeit-antichrist-marriage. Believe it or not, you are going to find yourself being scorned in worse ways than you can imagine and it’s happening quickly. It was a very short window from the time of the first stirrings of antisemitism to the time of the Jews being sent off to concentration camps in Hitler’s Germany. It can happen here – to you and to your children – if you don’t wake up and start taking action NOW – TODAY!

If your pastor is NOT teaching you and telling you the dangers, get out of that church and go to one who does! America, your children – actually the whole world is depending upon YOU! You are either part of the problem or part of the solution! If your pastor is failing you, then at least, please listen to a Pastor who speaks the truth!

You have to learn the truth or face the consequences of believing the lie!

[Mark 13:22]  For false Christs and false prophets shall rise, and shall shew signs and wonders, to seduce, if it were possible, even the elect.

There is not going to be any place to hide and you will be held responsible for your actions or in-action!

[Matthew 12:36]  But I say unto you, That every idle word that men shall speak, they shall give account thereof in the day of judgment.

Remember this (paraphrased): “They came first for the others but I said nothing because I wasn’t one of them, but when they came for me, there was no one left to speak up for me.” ▬ Donna Calvin ▬ Friday, June 29, 2013 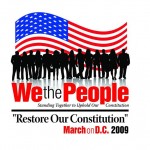 ↓↓↓↓↓  Pictures below of Muslims doing their evil things!  ↓↓↓↓↓
Only 3% more of Obama supporters think that Radical Muslim Terrorists are the biggest threat over the 26% who think it is the Tea Party! 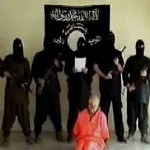 And Obama supporters have the audacity to call Christians and Tea Party members dangerous and crazy!

Just How Loony Is The Left?

My friends, do you understand why I warned yesterday about the threat to religious liberty and Christianity? A quarter of liberals believe the Tea Party is a greater threat to national security than radical Islamists! How many innocent people have been beheaded or blown up by Tea Party supporters?

It was clear what he was doing. He was trying to force that senator or congressman to insult many conservatives or look like an extremist to the average viewer. Hello, Sean Hannity! Every liberal who goes on your show should be asked whether he agrees with the quarter of his party that equates the Tea Party with radical Islamists.

And here’s one more example of loony liberalism run amok. The FBI is seeking the public’s help in tracking down its most wanted terrorists. It produced a poster with the pictures of 16 terrorists with the captions “Faces of Global Terrorism” and “Stop a Terrorist. Save Lives. Up to $25 Million Reward.” 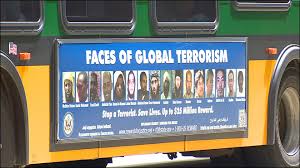 Last week Rep. Jim McDermott (D-WA) sent a letter to FBI Director Robert Mueller complaining that the “ad featuring sixteen photos of wanted terrorists is not only offensive to Muslims and ethnic minorities, but it encourages racial and religious profiling.” But according to the Seattle Times, “Seven [of the 16] are from African countries, four are from the Philippines, one each is from Malaysia and Chechnya, and three were born in the United States.”

Nevertheless, Obama’s FBI dutifully complied and announced Tuesday that the posters would be taken down.

To be removed from Gary Bauer’s End of Day distribution list, please reply to this message with “Remove” in the subject line. 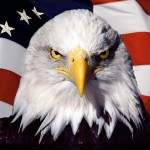 Senate passes S.744 amnesty, but grassroots opposition is on the way to blocking it in House
archives most recent
More from Beliefnet and our partners
previous posts