First, what’s behind the video clip…

During his press conference this week, Barack Obama once again vowed to close the terrorist detention facility at Guantanamo Bay, Cuba. Among the reasons he offered for wanting to shut it down, Obama said, “It is a recruitment tool for extremists.”

The left is so used to being unserious when it comes to national security that it is virtually unable to think logically about the issue. My friend Cliff May at the Foundation for the Defense of Democracies and others have pointed out the contradictions of Obama’s national security views.

For example, Barack Obama has killed more radical Islamists with drone strikes than any president in our history. During last year’s campaign, the White House intentionally leaked the news that Obama personally carries the list of potential targets he wants killed and personally orders the attacks, even when he knows it will result in civilian casualties.

I support these drone attacks. I’d much rather use them than have more American soldiers risk losing their legs or lives to bombs fighting jihadists on the ground. But using the president’s logic, if having detained prisoners at Gitmo is a recruiting tool, then certainly killing innocent civilians with drones must be too.

But the inconsistency gets even bigger. The people still at Gitmo are the worst of the worst. The largest percentage of the inmates are Yemenis. We have not returned them because the Yemeni government refuses to assure us that they will not release them. Many Gitmo detainees have been released only to show up again on battlefields trying to kill our troops.

Think about this: Obama is arguing that it would be acceptable from a human rights stand point to call in drone strikes that put innocent lives at risk, but it is somehow inhumane to capture the enemy, feed him three meals a day and give him copies of the Koran in Cuba. Only the left can make that argument with a straight face!

JAY LENO: President Obama held a press conference earlier today, and he said he still wants to close the Guantanamo Bay prison facility, but he doesn’t know how to do it. He should do what he always does: declare it a small business and tax it out of existence.It will be gone in a minute. Be gone in a minute! One month! Be out of there! 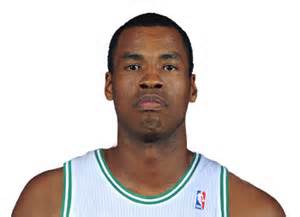