*** EXCLUSIVE – How doctor’s daughter became the Muslim convert widow of Boston bomber: Terrorist husband ‘brainwashed’ her and she gave up her dreams of college at 21 to have his baby, daughter Zahara, current age 3 years old

*** Tamerlan Tsarnaev arrested for violently assaulting his wife, Katherine, in 2009

Katherine Russell, current age 24, the widow of Boston bomb suspect, Tamerlan Tsarnaev, current age 26, was ‘an all-American girl who was brainwashed’ by her extremist husband according to one schoolfriend.

Today MailOnline has gained the first glimpse and pictures of the early life of the woman who, according to those who knew her best, was ‘totally transformed’ by Tsarnaev.

At high school her personal motto was ‘Do something about it or stop complaining’. She dreamed of going to college and joining the Peace Corps.

She urged her friends to ‘lighten up and enjoy the small things,’ in life.

Instead she met Tsarneav, 26, a disenfranchised man who came to America from his troubled homeland of Chechnya who rapidly had her in his thrall.

By the time she was 21 she had married him and borne his child, Zahara, now three. She had converted to Islam, hidden her tumble of chestnut hair beneath the hijab and undergone a change so profound that today few friends profess to truly understand it.

Yesterday Katherine, who has been staying at her parents’ home in Rhode Island, returned to the Cambridge, Massachusetts home which she shared with her late husband.

Dressed in a leopard print hijab she darted into the white shingle house to collect some belongings and her pet cat while her daughter waited in the car.

Today she was back home, accompanied by armed federal agents who first interviewed Katherine and her family on Friday.

What did she know? Katherine’s proximity to both brothers makes her a key witness – witting or otherwise. A team of federal agents today delivered a package to her home after her mother reluctantly answered the door.

Katherine’s mother Judith was initially reluctant to answer the front door, opening it fully only after requesting that the officers, thought to be Federal Agents, showed their credentials.

At around 7.30 the Federal agents returned to the Russell family home as there was a marked increase in law enforcement activity in this quiet suburban neighborhood.

MailOnline has learned that the family’s attorney entered by a back door as several officers were seen going into the family home.

The agents stayed for just over an hour. Moments after they left, the family’s attorney Amato DeLuca did likewise.

Mr DeLuca said he could not discuss any detail of what had passed between his client and the agents, saying only that there were ‘talks.’

He said ‘We’re doing our best to deal with a very difficult situation. The family’s going through a lot. That’s the best I can do at the moment.’

Through the years: She had a comfortable upbringing as the eldest daughter of a doctor and a nurse.

She was living with Tsarnaev when he travelled to Makhachkala in 2011 – a trip now attracting the interest of investigators trying to establish whether he met with Gaczhimurad Dolgatov at that time. Dolgatov was a Dagestani jihadist who died in 2012 after a vicious stand-off with Russian security services.

As a girl growing up in Rhode Island Katherine was known to her friends as Katie. One school friend who asked not to be named recalled: ‘I saw her like a few months ago and she was just totally transformed. She was not the same person at all.’

Another agreed: ‘She was just this All-American girl who was brainwashed by her super-religious husband. Nobody understands what happened to her.

‘None of us would have dreamed that she would marry so young or drop out of college and have a baby or convert or be part of any of what’s happened.’

She said, ‘She’s just not the same person at all.’

It would be hard to imagine a childhood more rooted in America’s pilgrim heritage than Katherine’s.  It is in there in the names of the towns – Plymouth, Dorset, Greenwich – where many of her friends still live and writ large in the wholesome values of the one-time Honors student’s home life.

The eldest of three daughters, to emergency physician Dr Warren Russell and nurse Judith, hers is a background steeped in the values of family and education.

She attended Daisyville Middle School, North Kingstown. As a sixth grader she is pictured smiling from the pages of the 2001-2002 yearbook dedicated to The North Kingstown Police and Fire

Departments in the wake of 9/11. – a date, the opening dedication reads, ‘forever in our minds.’

A section of the book is titled, ‘Enduring Freedom,’ as the school, along with the rest of the nation, refused to be cowed by the acts of terror that hit the homeland that day.

She took part gamely in the school’s Mismatch/Bad Hair Day; she dressed up for Hawaiian day though the occasion fell in a chilly October.

She was a member of the Dance Team and the Art Club. In 11th grade she was awarded a Silver Key for a rather odd image of a cat, lashing out at a mouse in a ballet shoe. Her favorite food was Pad Thai.

She competed with her peers in Class Color Day that ended with a Pep Rally in which seas of the school colors, green, blue, red, black and gold filled the stands at the playing field.

One classmate who remembers Katherine from those early days said: ‘The thing that’s so shocking is that there was nothing at all that made Katherine different.

‘Her parents are nice people, her sisters are great girls. But she met this guy, I guess, and everything changed.’

Katherine was a student at Suffolk University, Boston, when she met Tsaraev, then a promising boxer and athlete.

It was during that time that she converted and her youthful priorities appear to have changed as she left in 2010 without graduating.

By then her relationship with Tsaraev was intense. Not even his arrest for violently assaulting her in 2009 could change that.

According to Cambridge City Police Department reports of the incident which took place in July at the Massachusetts home she once shared with Tsaraev, when interviewed she described Tsaraev as ‘a very nice man.’

Certainly he was a man whose influence on Katherine’s life would prove profound.

There is only one odd and unsettling inclusion in her own entry in her graduation High School Yearbook.

Asked to provide a quotation she settled on one that would surely chime with the extremist views of her late husband.

‘Don’t take anything for granted,’ she advises, before quoting a line from David Bowie’s ‘Quicksand’: ‘Don’t believe in yourself, don’t deceive with belief,’ the baffling lines run. ‘Knowledge comes from death’s release.’ 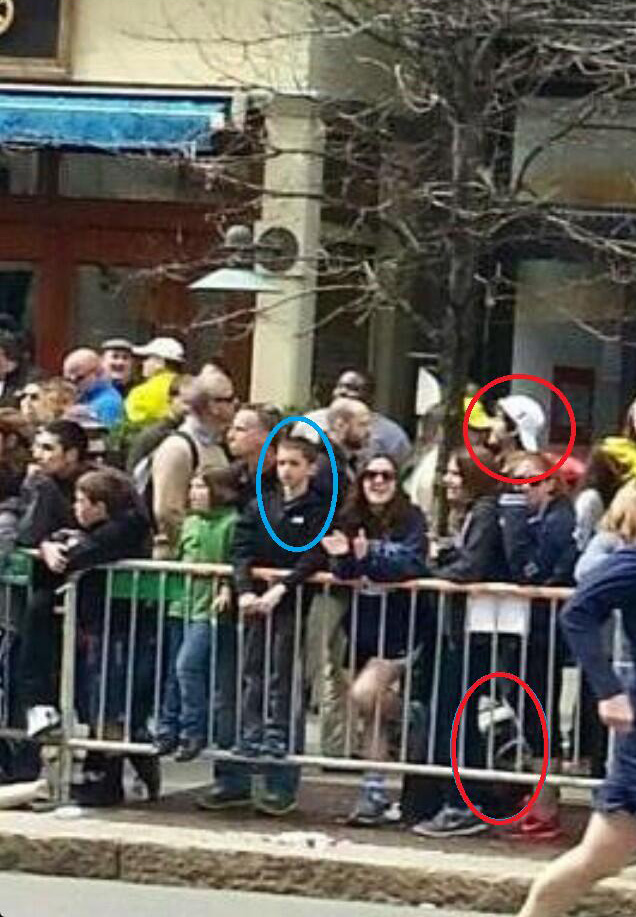