Dem Former-Congresswoman to head panel pushing existence of space aliens (Not a joke!) 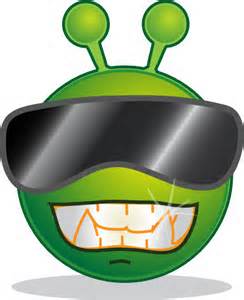 (And they call Christians and the Bible crazy!)

Washington — A group hoping to prove alien contact with Earth has tapped former U.S. Rep. Carolyn Cheeks Kilpatrick to help convince the federal government to acknowledge the existence of extraterrestrials.

The Detroit Democrat and mother to former Mayor Kwame Kilpatrick will help preside over 30 hours of congressional-style hearings April 29 to May 3 at Washington’s National Press Club. She did not respond to calls for comment.

Dubbed the Citizen Hearing on Disclosure, the public panel pledges to expose evidence of “extraterrestrial vehicles” and a government effort to deny sightings of such craft commonly called UFOs.

Stephen Bassett, executive director of the Bethesda, Md.-based Paradigm Research Group that is hosting the hearings, said he sought former members of Congress to interview dozens of witnesses in a style that harkens back to their work peppering witnesses in congressional hearings.

“I had invitations out to about 50 former members who I thought were likely candidates to participate, and Congresswoman Kilpatrick was the first one to respond,” Bassett said.

Kilpatrick became a U.S. representative in 1997 but lost her seat to Hansen Clarke after a 2010 primary challenge.

Kilpatrick will be joined by five other former members of Congress for the hearings. Each will be paid about $20,000 and their expenses will be covered, Bassett said.

The chosen panel members weren’t required to believe in aliens or a government cover-up, but pledged to keep an open mind.

“I made it clear to them that I am unlikely to be persuaded,” Utah’s Cook told the Salt Lake Tribune. “Extraterrestrial life? I can buy into that as a possibility, but to this day I have not heard or read or seen anything that makes me believe that anyone has encountered one on Earth.”

The Paradigm Research Group disagrees. “We’ve been tracking these (extraterrestrial) crafts for decades,” Bassett said. The evidence is “overwhelming — beyond any reasonable doubt there’s an extraterrestrial presence (and) almost certainly from another planet,” he said.

The five days of testimony are to be filmed and included in a documentary.

Bassett started the Paradigm Research Group, a lobbying organization, in 1996 urging the government to reveal evidence of extraterrestrials engaging the human race.

The organization collected enough signatures from fellow alien believers on a White House citizen petition Web page in 2011 to generate an official response.

“The U.S. government has no evidence that any life exists outside our planet, or that an extraterrestrial presence has contacted or engaged any member of the human race,” Phil Larson, from the White House Office of Science and Technology

Policy, wrote in response to the petition. “In addition, there is no credible information to suggest that any evidence is being hidden from the public’s eye.”

Journal devoted part of a 2011 article on the White House’s “We the People” petition project to Paradigm Research Group.

Bassett said he hopes the hearings will generate enough attention for the government to change its mind.

“There is a government policy of denial,” Bassett said. “And once that policy ends, we are going to learn the truth about this phenomenon pretty quickly.”