Calvin’s Commentary: Say what? Or is it just me, am I stupid or somethin’? Ain’t combat considered violent anymore? Or maybe it’s just that when messiah Obama is the Commander in Cheat that war’s combats have magically evolved into non-violent confrontations with military style assault weapons. Hummmmmm???????? Maybe they’re now using Janet Reno’s non-lethal rubber bullets in Obama’s War in Afghanistan?  …  Now, conversely, on the right side of reality and the right side of common sense, women have no place on the front lines in military combat.  Women should be women, and women should be protected by their menfolk.  The reality is that this ungodly administration, under the influence of Satan and all his power and minions basic agenda is to destroy the family, the first institution created by the One True God of the Holy Bible.  All evildoers want to destroy anything created and honored by God.  Why?  They hate Jesus Christ and all who stand up for God’s Law Word.  It’s all about destruction and death.  From abortion and the wide-spread new laws to legalize sinful fornicators entering into unions that God calls an abomination, the fraudulent state now known as sodomite marriage — and now to this latest assault, women being turned into front-line commandos and combatants and put on the front lines.  This is downright insanity!  It will lead to the destruction of our U.S. Military, which is what this administration wants to accomplish — the destruction of the USA as a world power.  Moreover, it’s all directly in opposition to God’s Word, the Holy Bible!  It’s just another evil way of training more mothers to approve violence and become desensitized to the act of taking of a human life, something women have traditionally by nature, been opposed to!  The evil powers that begin in sex ed classes in public government schools, brainwashing our daughters into believing that abortion is a choice.  Anyone with half a brain knows that abortion is not a choice.  Abortion is the taking a of an innocent life with a beating heart!  3300 preborn babies a day are murdered.  About 50-100 million since Roe v. Wade became the law of the land on January 22, 1973.  And forty years later, now we are going to turn women into commandos.  And this is supposed to be a more-civilized, more evolved population? Where are all the peaceniks?  Eerily quiet!   ▬ Donna Calvin ▬ Wednesday, January 23, 2013 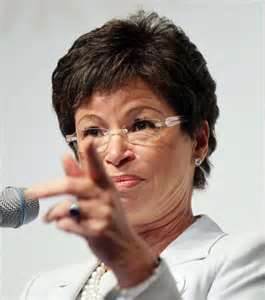 Jarrett: ‘If There’s One Thing We Should All Agree In, It’s Protecting Women From Violence’

AP reports – Just a couple minutes ago, presidential advisor Valerie Jarrett, who is personally close to President Barack Obama, tweeted, that “If there’s one thing we should all agree on, it’s protecting women from violence.” Jarrett’s tweet comes the same hour Defense Secretary Leon Panetta announced that the Obama administration would allow women to serve in combat. 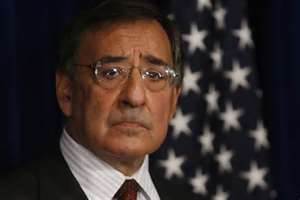 Panetta to lift ban on women in combat

Women in all branches of the military soon will have unprecedented opportunities to serve on the front lines of the nation’s wars.  Leon Panetta, in one of his last acts as President Obama’s defense secretary, is preparing to announce the policy change, which would open hundreds of thousands of front-line positions and potentially elite commando jobs after more than a decade at war, the Pentagon confirmed Wednesday. The groundbreaking move recommended by the Joint Chiefs of Staff overturns a 1994 rule banning women from being assigned to smaller ground combat units. Panetta’s decision gives the military services until January 2016 to seek special exceptions if they believe any positions must remain closed to women. (Published January 23, 2013 FoxNews.com)

Read more: http://www.foxnews.com/politics/2013/01/23/panetta-opens-combat-roles-to-women/#ixzz2Iq2BQIkt
read next post
If you can't see it's a baby, you're just blind
archives most recent
More from Beliefnet and our partners
previous posts