Calvin’s Commentary: The values of the world are upside down when 200 people mourn and demonstrate over one elk shot by an authorized policeman, while 3,200 babies are murdered/butchered in abortuaries every day in America. Planned Parenthood (and they are not the only murderers of the unborn) reported that they performed almost 350,000* murders of the most innocent of humans, the unborn, in 2012! Planned Predators received $542 million* in federal funds in 2012 to help them murder the babies! What is wrong with America’s values??? Where is the Church??? Where are the pastors?  How can the Christian Church call itself Christian when this atrocity is allowed to continue?

HOW CAN CHRISTIANS CONTINUE TO IGNORE THE WORD OF GOD?
Thou shalt not kill. (Exodus 20:13)
I call heaven and earth to witness this day, that I have set before you life and death, blessing and cursing. Choose therefore life, that both thou and thy seed may live: (Deuteronomy 30:19)
Thou hast clothed me with skin and flesh, and hast fenced me with bones and sinews. [12]  Thou hast granted me life and favour, and thy visitation hath preserved my spirit. (Job 10:11-12) ▬ Donna Calvin ▬ Thursday, January 10, 2013

BOULDER, CO, January 9, 2013, (LifeSiteNews.com) – The death of an elk in Boulder, Colorado, has captured national headlines after hundreds of residents attended a candlelight vigil for the animal this past Sunday.

The elk was reportedly shot after he wandered into a residential neighborhood, where he had frequently been seen before. The police officer who shot the animal has said that he thought the elk was injured. He has been placed on paid leave while an investigation is completed. 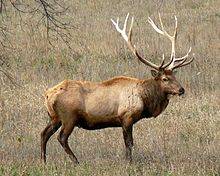 But pro-life activists are pointing out that while Boulder residents mourn the death of the elk, innocent unborn human children are being killed right in their midst at one of the country’s most notorious late-term abortion facilities.

Abp, one of the last abortionists willing to perform very late-term abortions in the United States, runs his business out of Boulder.

Hern wrote the first medical textbook on abortion procedures after the Roe v. Wade decision legalized abortion in the U.S. He has also written published works in which he describes the human race as a “malignant eco-tumor” destroying the earth, and has described pro-life activists as “terrorists.”

Jennifer Mason of Personhood USA, which is headquartered in Colorado, says she understands the Boulder community’s concern for wildlife. At the same time, she said, after hearing about the outpouring of sympathy for the elk her thoughts immediately went to Dr. Hern’s abortion clinic.

“The first thing that came to mind of course was, ‘Why would they hold a vigil for an animal and deem the animal’s life so much more valuable than these babies in the womb?’” Mason told Christiannews.net.

“Even currently, it’s legal to abort babies in the womb minutes from delivery,” she said, “and human life is valued so little compared to this animal that they have memorialized in Boulder. It’s really a sad fact.”

Mason cited the Aurora and Columbine shootings, saying, “I think there’s an epidemic of violence here in Colorado, and it certainly extends to the abortion clinics. There’s definitely a devaluing of human life here, and that’s something that we have to face all the time.”

However, the unborn children killed by Hern have not gone completely unmourned in Boulder. In 2005, a Catholic parish in town earned the ire of the abortionist for giving a Christian burial to the babies he aborts.

That church, Sacred Heart of Mary, has been burying the cremated remains of aborted babies since 1998. A local mortuary collects and cremates the remains and the church buries them in front of a red granite memorial wall on which can be found notes from grieved mothers saying, “My beautiful baby, I’m sorry.” 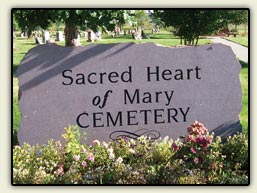 Planned Parenthood reports record year for abortions – (Washington Examiner) – In its latest annual report for fiscal year 2011 to 2012, Planned Parenthood reveals that it performed 333,964 abortions in 2011 – a record year for the organization. According to annual reports, the organization performed 332,278 abortions in 2009, 329,445 in 2010, making the total number of abortions in three years to 995,687. Planned Parenthood reported receiving a record $542 million in taxpayer funding, according to a Susan B. Anthony List analysisof the report, in the form of government grants, contracts, and Medicaid reimbursements. The amount is 45 percent of Planned Parenthood’s annual revenue.  “While government subsidies to Planned Parenthood have reached an all time high, so too has the number of lives ended by this profit-driven abortion business,” SBA List’s President Marjorie Dannenfelser said in a statement. “Destroying nearly one million children in three years is not health care and does not reflect a concern for vulnerable women and girls.” Contraceptive services at Planned Parenthood have dropped by 12 percent since 2009, and cancer screening & prevention services have dropped by 29 percent.
Read More: http://washingtonexaminer.com/planned-parenthood-reports-record-year-for-abortions/article/2517801#.UO9ZTqwxHqU

Adorable Baby Faces w/ the best comic one liners EVER! LOL!!!!!!!
archives most recent
More from Beliefnet and our partners
previous posts