There’s something my mentor taught me, put in pictures if you want to get and keep their attention.  There’s no pictures here and there’s a pathetic reason why.  Read on…

The only thing I saw on the front page of Yahoo news this evening was a picture of a few dozen “protestors”. However, the picture did not reflect the DC March for Life, just a local one. See the explanation in the next paragraph, the caption that accompanied the picture – a caption most people will never read, they’ll just see the pathetic number of pro-lifers they call “protestors”.

Read caption from AP picture:
“Associated Press/Orlin Wagner – Abortion opponents march to the Kansas Statehouse, and to a rally on the anniversary of Roe v. Wade, in Topeka, Kan., Tuesday, Jan. 22, 2013. Gov. Sam Brownback has signed a series of tough, anti-abortion measures during his first two years in office. Much to the dismay of abortion-rights advocates, Kansas has been part of a wave in which states with Republican governors and GOP-controlled Legislatures enacted new restrictions on abortion providers. (AP Photo/Orlin Wagner)”

See AP photo for yourself: Link below:
http://news.yahoo.com/photos/abortion-opponents-march-kansas-statehouse-rally-anniversary-roe-photo-215150174.html
(Because of the AP copyright, I cannot display the pic here – but this isn’t the reason there’s no pics, keep reading to find out why.)

There is not ONE story there on the front page of Yahoo News at 7:00 PM EST about the DC March for Life that draws hundreds upon hundreds of thousands every year! About a half a million or more come yearly! Instead there are just a couple of excerpts (one little paragraph for a few “protests” held in a few capital cities around the USA. PATHETIC!

So I searched to see what I could find. I searched “march for life dc news 2013” and did not find ONE article discussing the hundreds of thousands who attend the March for Life every year traveling to Washington, DC on January 22nd. Search for yourself and you’ll see what I mean!

Also, we pro-lifers object strongly to the term “protestors.”

We are ministers to the unborn and to the mothers who desperately need help to give them alternatives to murdering their preborn children in the most heinous and painful procedures known to mankind! There’s no anesthetic for these poor babies that are sliced up into hideous pieces by butchers who have the unmitigated gall to call themselves doctors using the term…

I’d put pictures of the slaughtered innocents but Beliefnet censors will just remove them; hence no pictures with this post.

I strongly urge you to search “abortion images” and check out what abortion really looks like. It’s not a procedure. It’s painful murder!

WHY THE PRO-ABORTS OBJECT MOST STRONGLY TO THE REAL PICTURES OF REAL BABIES THAT WERE ABORTED! THEY KNOW THAT…

“America Will Not Reject Abortion Until America Sees Abortion.”

The womb has become the most dangerous place on earth.

Abortion is a reality which is so horrific that words alone can never convey its meaning.  These pictures are the abortion industry’s worst nightmare.

One of the many pro-aborts objections to these photos is to put out the pathetic propaganda saying that aborted baby pictures are “doctored.”  The same sort of tactic used by neo-Nazis in response to the condemnation of the Holocaust.

The real embryo is just a “blob of tissue“they say.  “Termination“is not an act of violence.

“Choice” is the lesser of two evils.  Not very creative but how else can they rebut photographic evidence of their dastardly deeds?

They are panic–stricken by the fear that “choice”will be unmasked as an act of violence which kills a baby.

Abortion photos prove abortion is the violent killing of a premature baby.

Remember that graphic abortion pictures exist because the aborted babies in these photos were killed by abortionists who were paid to“terminate“their pregnancy.  Like victims of the Nazi holocaust, aborted babies have no right to life.

“Pro-choice“treats unborn babies just like the Nazis treated the Jews.

In America, thousands daily are tortured to death – torn limb from limb, chemically burned, and worse.

Here’s just a few web sites that will show you what these poor babies end up looking like after this choice is made for the children without a voice:

PLEASE PAY ATTENTION TO THE WORD OF GOD FOR IT IS WHAT YOU SHALL BE JUDGED BY!

[Proverbs 24:8-12] He that deviseth to do evil shall be called a mischievous person. [9] The thought of foolishness is sin: and the scorner is an abomination to men. [10] If thou faint in the day of adversity, thy strength is small. [11] If thou forbear to deliver them that are drawn unto death, and those that are ready to be slain; [12] If thou sayest, Behold, we knew it not; doth not he that pondereth the heart consider it? and he that keepeth thy soul, doth not he know it? and shall not he render to every man according to his works?

“180” THE MOVIE – If you could change one person’s mind 180°about being pro-abortion to pro-life, would you?
URGENT: PLEASE VIEW THIS POST AND MOVIE: http://blog.beliefnet.com/watchwomanonthewall/?p=15437 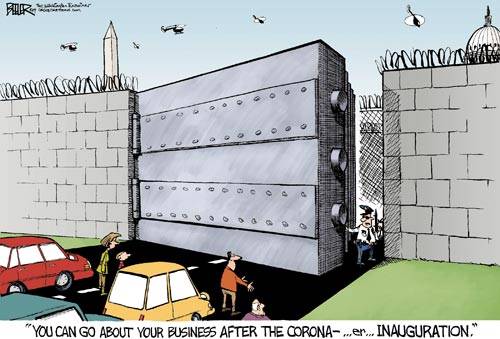