Heads Up – ATTENTION: Republicans, Christian Conservatives, Tea Party enthusiasts, Pro-Lifers, Gun-owners, Constitutionalists!!! I know there are many more enheartening outcomes in your elections that happened locally and statewide that are not mentioned below, so PLEASE add to the list by leaving your GOOD NEWS of Election Results in the comment section below. Thanks!  And remember always, it is God who is eternal. Our God reigns! We do the footwork, but the results are in God’s Hands! – Donna Calvin

1. Republicans retained control of the U.S. House of Representatives.

8. Montana voters said no to boundless benefits for illegal aliens.

10. For the first time since Reconstruction, the GOP won control of the Arkansas state house.

16. Paul Ryan will return to Congress after winning re-election and continue to carry the torch for entitlement reform and budget discipline.

19.Across the country, Republicans reached a post-2000 record number of gubernatorial victories.

20. Conservatives who were devastated by the national election results demonstrated how to lose with dignity and grace. There will be finger-pointing and recriminations and soul-searching, but committed activists can’t and won’t lose heart. We’ll regroup, recover, and keep fighting for our country.

Our friend and commenter SteveEgg adds: “And you missed Rs retaking the WI Senate.”

“I find the harder I work, the more luck I seem to have.”   Thomas Jefferson

BEST OF THE BEST ON WATCHWOMAN

“Inspirational. Do you know for sure?”
http://blog.beliefnet.com/watchwomanonthewall/?p=4928
~†~ 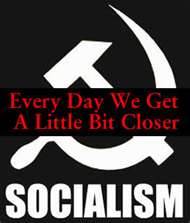 Answers! What do we do about the Re-Election of Barack Hussein Obama?
archives most recent
More from Beliefnet and our partners
previous posts