DEBATE – Quickie Analysis of the 3rd and Final Debate (Why didn’t Romney talk more about Libya?) 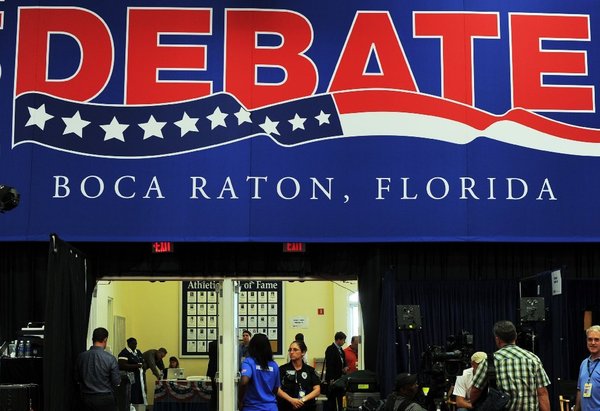 Since I was off line and because it is so long past the debate, I’m not going to write much. Besides no one seemed all that interested in viewing it, so I don’t anticipate that this is going to draw record numbers of readers either. The Third Presidential Debate was the least watched of the three: 59.2 million viewers and I seriously doubt it changed anyone’s mind.

CNN gave Hussein O the win by the tiniest margin; however, it did nothing to help reverse Hussein O’s sliding poll numbers. They are still headed downward, while Gov. Romney’s likeability increased to 50%, so I have to conclude regardless of how it looked to CNN, Romney won.

Suffice to say that I believe the reason Gov. Romney didn’t hit upon Libya and the murders of our U.S. Ambassador Stevens’ and three other Americans while the White House watched the entire horror take place while they did nothing about it was an error – however, Romney wasn’t really addressing the voters like myself who have already made up their minds, he was talking to the undecideds. It was and still is a complicated issue and he could never have made the point effectively that not only did everyone in the White House know and see it all unfold live in the Situation Room, he would have looked mean-spirited to comment on about how Hussein O went to bed around two hours after our Ambassador was murdered, possibly sodomized and dragged through the streets of Benghazi. Then in the morning Hussein O got up, gave a little talk in the Rose Garden where he claimed that it was a stupid movie trailer on YouTube that started the spontaneous demonstration and kept claiming that for two weeks along with others from the White House making no claim that it was a planned terrorist attack. And then after saying something about 9-11 that occurred at the World Trade Center where 3,000 died he used the word “terrorist,” and then he took off to go play tennis in Las Vegas. That, reference, Hussein O, apparently entitled him to say he said in the Rose Garden that it was a terrorist attack in Benghazi – which he NEVER said – although Candy Crowley claimed she knew he did at the 2nd debate. So much for unbiased moderators.

Well, there I’ve said it even though Mr. Romney didn’t! But it may have been great strategy for Gov. Romney not to have brought it up. After all, his likeability went up and Hussein O’s went down following the debate.

Like mine and Glenn Beck’s may have just gone down too.

Hussein O’s greatest debacle was probably for the stupid, sarcastic remarks he made about ships that have planes that land on them and boats that go under the water. Good grief, Charlie Brown! Immediately, all I could think of in my mind laughing out loud, was Al Gore talking like a first-day-on-the-job-fresh-out-of-college-kindergarten-teacher speaking in a pathetic cadence using an demeaning intonation demonstrated by a failed Al Gore in the debates of 2008 with President George W. Bush, the winner of that election. I feel confident that HO’s debacles will continue to give enjoyable-munchie-fodder around the water cooler in Republican circles, for the next several days – maybe years! We’re still enjoying it here reiterating his remarks causing us to spontaneously burst out laughing in the Calvin household. The second was spoken in the same paragraph when he commented about bayonets and horses – another of HO’s sarcastic remarks that was about as flattering to himself that is reflected in his 26% approval rating by the U.S. Military.

However, for HO’s info, just in case some White House minimum wage worker is reading this, someone ought to inform their boss that in Afghanistan our troops use horses – it is the only way they can traverse many areas in that third world land of no infrastructure. Maybe, too, HO should note that every skilled Seal is trained in the useful arts employed to ruin his opponents life in close combat utilizing knives and bayonets. Hello HO! 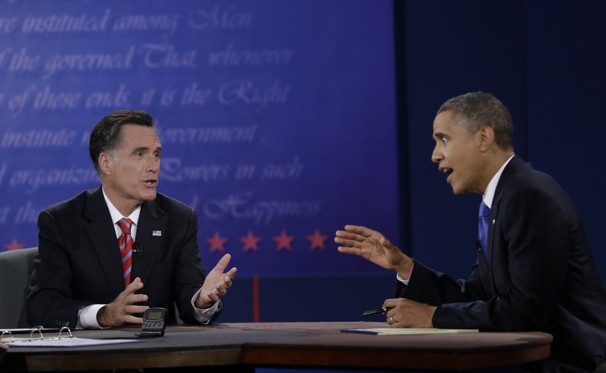 Hussein O got sarcastic, persnickety and surly in the debate and cost him a few more points in the polls following the 3rd and final debate with Gov. Romney, who looked and spoke very presidential.

Romney chose instead to present himself as an agreeable chap and he came off looking very nice and mellow in spite of Hussein O continually interrupting him, with scores of “Oh, oh, oh, oh, ohs!” making Hussein O look dreadfully inept.

Again, you could feel the contempt emanating from Hussein O’s facial expressions. I have to give Hussein O credit, he tried hard – very hard – this time to mask his loathing.

Of course all that irrepressible angst and frustration bottled up in HO, came out later in an interview with Rolling Stone Magazine – (See another Watchwoman post today entitled “Plug your ears: Obama calls “the other guy” a [bleep]!” located at http://blog.beliefnet.com/watchwomanonthewall/?p=21473 . 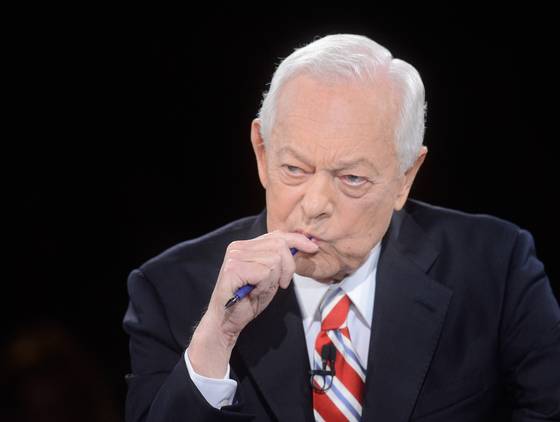 Of the three obviously biased Democrat moderators, Bob Schieffer did the best at controlling his desire to help Hussein O like Candy Crowley couldn’t stop doing. She was better at bailing out HO than a sump pump in a flooded basement.

Locally, here in the burbs of Cleveland, Ohio, the biased pro-Democrat news media did themselves proud.

Their focus group consisted of about 20 solid Democrats – BTW, the only blacks present were sitting with the solidly formed group of Democrats.

The one token Independent – a white woman, who said her mind still remained undecided after the debate ended, indicated she got very little out of the debate.

There was only one Republican, one lone, white, male – how appropriate (that’s my final say and it’s meant to be sarcastic).

. . . because just as anyone with even a half a brain could see forthcoming, when the news reporter asked who won, every Democrat hand in the room went up instantly.

When asked if Romney won, the lone, white male Republican raised his hand and that caused all the Dem’s to laugh, including the news reporter. Surprise, surprise! What a shock! When you stack the deck, it’s funny, no doubt.

The token Independent didn’t vote one way or the other.

Alas, we’re used to them – the biased news media. We are already wise to their tactics. We know they are sold-out liberal pinkos who will tout and vote for anyone with a “D” after their name.

The local news people, for the most part, all belong to the same union of anti-free-market Marxists – and Republicans are pro-American capitalists.

We know no conservative Republican will ever get the support of the liberal news media.

So we all work harder and burn off a little more shoe leather! We don’t expect that anything comes free. It all takes hard work and exerting effort.

DEBATE: 2nd Debate Romney built even more confidence that he can undothe misdeeds of Obama!
http://blog.beliefnet.com/watchwomanonthewall/?p=21380

DEBATE VP – Yikes! Biden Doesn’t Even Know How He Voted on the War inIraq! (or did he lie?)
http://blog.beliefnet.com/watchwomanonthewall/?p=21164 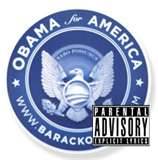 Plug your ears: Obama calls "the other guy" a [bleep]!
archives most recent
More from Beliefnet and our partners
previous posts